Suzie’s Dogs and Drafts presents Joshua Powell and The Great Train Robbery along with Hayden Brooke Music and Demos Papadimas for a show this Saturday night. 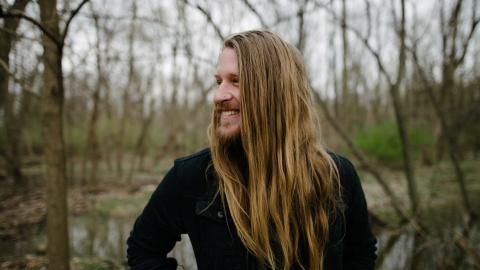 GTR has played over 500 shows in 40 states and three countries in the past three years. The band’s music has a primarily folk sound with hints of psychedelic and rock music mixed in.

GTR officially started in 2011 with Joshua Powell, Ryan Corlew and a slew of other miscellaneous band members, but after a short journey and through much trial and error, the band was able to find their final band member Adam Shuntich.

“The GTR is definitely Powell’s brainchild. He started out in Anderson, Indiana, where the three of us went to school,” Shuntich said. “The band started touring in the tri-state area and went through many band members, who couldn’t keep up with the busy tour schedule.”

Powell, Corlew and Shuntich all went to school together in Indiana. So when the band was having a hard time finding a permanent member, Shuntich was asked to join.

“I had always wanted to play with GTR, and when they asked me to join, I couldn’t refuse,” Stuntich said. “When I started in spring of 2015, we pretty much immediately went on a cross country tour.”

While on tour, the band doesn’t have much time at home with family and friends. There may be one show where the band can stay for a night, but then they’re back on the road.

“I’m just excited to be home last summer. We did a four-month long tour without coming back home,” Stuntich said. “The tour branched across 37 states, Mexico and Canada, and we only stopped home once within that tour.”

Along with a performance by Joshua Powell and The Great Train Robbery, there will be Hayden Brooke Music and Demos Papadimas.

Brooke has known the members of GTR for a while and had started his own solo music career. The guys of GTR wanted to take Brooke under their wing.

“Brooke and I went to the same high school and have been playing together since sixth grade. I moved out to Indiana, and we drifted apart,” Stuntich said. “When I came back, I saw that Brooke was doing awesome stuff with his music and offered to help him out with branding and show him the business side of music.”

GTR invited Brooke to do a show with them, because they were planning to do a show at Suzie’s Dogs and Drafts and felt he would be a good asset due to the similarities in their music.

Brooke had been working closely with Demos Papadimas for a while and felt he would be a good fit for the show as well due to the similarities in all of their music.

“We all stem from the roots of folk and Americana music, but I think each of us bring the different twist on it,” Brooke said. “GTR has a more psychedelic feel to it, but in recent years has become more rock, while Demos Papadimas started out as a pop-punk and has moved into European influenced music.”

Demos Papadimas started playing pop-punk music in a band when he was younger. His idea of music shifted as he aged and moved towards a more Bob Dylan sound.

“I gradually shifted into becoming a singer-songwriter more or less in the style of Bob Dylan,” Papadimas said. “Primarily, I play folk-influenced Americana, but I enjoy taking some detours into Mediterranean and Eastern European influenced sounds.”

The show will start at 9 p.m. at Suzie’s Dogs and Drafts. People looking to attend the show should bring their ID. The bar will be carding before entry.