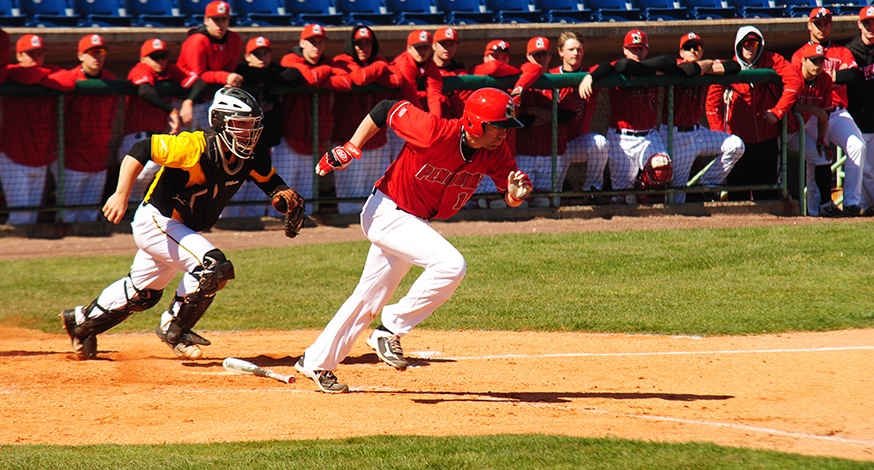 For the past couple years, Gerrad Rohan and Billy Salem have been roommates. Both were members of the University of Akron baseball team.

After the Zips dissolved their baseball program, the pair needed new universities to continue their baseball careers. Luckily, both were able to find a new home with the Youngstown State University baseball team.

Before the 2016 season started, Salem had a choice to make. He had offers from other higher profile universities, but Salem toured YSU with head coach Steve Gillispie and decided to commit over the summer.

“I talked to UCONN [University of Connecticut], Northwestern a little bit and some smaller schools,” Salem said. “Ultimately, this was the right fit for me, and I’m happy I made the decision I made to come here.

Salem took his visit with Rohan and Gillispie. They both decided that if their academics successfully transferred from Akron, they would both attend YSU for their final season of baseball.

“I was in Connecticut. I flew home, and he came on a visit with me,” Rohan said. “Him [Salem], coach G [Gillispie] and I toured campus, toured the field, and we sat down and talked about it. We decided if our schooling and everything transfers over, this would be a good fit for us.”

Both Akron transfers have played off for the Penguins so far this season and have been some of the more consistent bats in the middle of the YSU lineup.

Salem said it’s easier to transfer and play baseball at another university as opposed to other sports.

“I’ve been playing the game since I was 4-years-old. It doesn’t change based on your uniform,” Salem said. “You still got to play the game the right way. You got to love the game, respect the game. The coaching staff falls right in line with what I was looking for. That made it easier.

“I thought ‘G’ [Rohan] and the guys are real cool. They kinda became my family again. That happened in the fall, so it was easier coming out here in the spring and play for the guys next to you and the coaching staff.”

After rooming together at Akron, Salem is still living with Rohan. Both agreed that transferring to another university is an easier transition when you have a teammate attending the same school.

Salem said the YSU players are “a lot like the Akron guys,” and he’s built a connection with them before the season began.