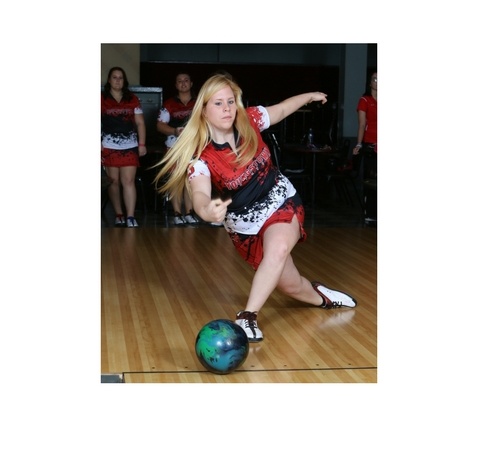 The Youngstown State University women’s bowling team will play at their first invitational of 2017 this weekend at the KU Invitational on Jan. 20-22 in Kutztown, Pennsylvania.

The 2016-2017 season is the inaugural season for Penguins bowling and YSU head coach Chelsea Gilliam is looking forward to beginning the program.

“It’s great,” she said. “Last year was very nerve-racking at first because it was something that no one around here knew what went into it. It was a lot of unknowns last year but it has been exciting. Now I get to be a part of something that will go on forever. The first team gets to be the history of the program.”

Gilliam was named as head coach in September 2015 and had one year to recruit and secure a roster for this season. She was also tasked with setting up a schedule for this year and finding a bowling lane for team practices. Gilliam said that she is very impressed with the women on her first roster.

“Overall I think we have done very well,” Gilliam said. “We have eight girls now, six freshmen and two sophomores. They are doing great. I am very happy with where we are right now for a first year program. I am looking forward to seeing how this semester goes.”

YSU had their first matches of the season starting back in October and the Penguins managed to beat some of the best teams in the country, including a win over #2 ranked Sam Houston State. Gilliam was surprised by how the team performed early in the season.

“They surprised me actually,” she said. “The very first match I told them that my goal for us was the top 10 for each day and they were sixth both days. Right off the bat they were already doing better than I initially expected.”

Freshman Nikki Mendez has led the Penguins so far this year with numerous team-highs including total pins (2876), average score (191.7) and eight games over 200. Mendez said that she is happy with her performances so far this season.

“I didn’t have too many expectations for myself,” Mendez said. “I just wanted to do good for myself personally. I think I have been, so I am pretty happy with how I’ve been playing.”

Mendez was a four-year varsity letterwinner and led her team to an Illinois state title in high school. She explained that competition at the college level is a different story.

“In Illinois, there is a lot of competition,” Mendez said. “Sometimes you get people who are stars. In college, everyone is a star. It’s cool because there is a lot more competition and it is intense. You are with the best of the best.”

YSU freshman Alexis Grim, a Boardman native, also had a successful high school career. She placed 15th in the 2015 Ohio State Championship and was named the Vindicator Girls Bowling Athlete of the Year. Grim said that at the beginning of the season the travel and competition was difficult but now she looks forward to it.

“At first it was really overwhelming but now we are really excited to see new things and go to places we never could have in high school.”

The Penguins are about to enter the bulk of their schedule but Gilliam said that she hasn’t changed her mindset for the remainder of the season.

“I don’t know if I have really changed my expectations much,” Gilliam said. “It’s just pushing them harder now that I see what they are able to do.”

The Penguins have yet to break into the top 25 of national rankings but sit just outside the top 25 after receiving votes for the poll.

After this weekend’s KU invitational, YSU will next travel to Texas for the Stephen F. Austin Stormin’ Ladyjack Invitational on February 10.