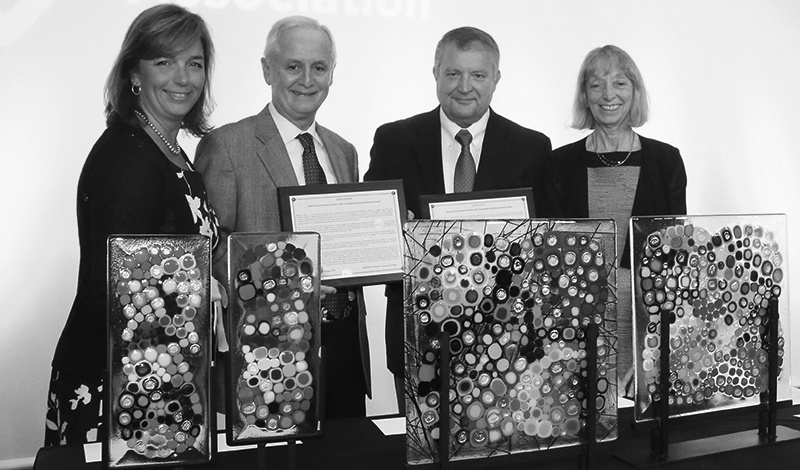 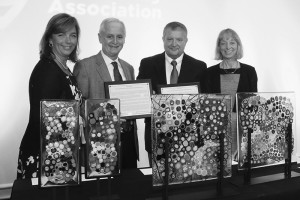 the 2015 Outstanding Accounting Educator Award from the American Accounting Association in Chicago.

The award recognizes excellence in accounting education and research over a sustained period of time. The PricewaterhouseCoopers Foundation sponsors it.

Stout said he was honored to receive the award.

“I have won my share of awards — not of this magnitude — but I always thought I was just doing my job. I never thought that I was doing anything special or extraordinary, but it is gratifying to think that someone out there agrees that whatever you have done is in fact special,” Stout said.

While teaching, Stout has published 100 articles in various academic journals and is the co-author of “Cost Management: A Strategic Emphasis.” Last year, he completed a three-year term as a member of the Board of Directors for the AAA and is a past president of the AAA Ohio Region.

“This is an exceptional honor for David Stout and recognizes his exceptional career in accounting education. He has demonstrated excellence in teaching, research and service to his profession,” Licata said. “We are fortunate to have such a uniquely talented individual on the faculty of the Williamson College of Business Administration.”

Stout said winning the Outstanding Accounting Educator Award was very important to him because typically, the recipients of this award are from larger institutions and primarily teach Ph.D. students. He said he wants to serve as an example for others who are on the same path.

“Beyond any personal satisfaction I am receiving from this award, to me, is the satisfaction of breaking the mold in a sense and having somebody receive the award from my background, someone who has not been at a large state institution that you would recognize,” Stout said. “I’m as happy and proud about that as I am of receiving the award.”

Among the attendees at the ceremony were Stout’s wife, his oldest son, Licata and Raymond Shaffer, the chair of the Lariccia School of Accounting and Finance.

Stout said in the two days leading up to the event, he had the chance to introduce his family to the former presidents of the AAA, who told them about the prestige of the award. He said it didn’t sink in until he was there.

“It never really sinks in until you go up on stage in front of all those people and you hear from the people who ran our organization the last 10 years, and then it sinks in that this is so rare of an event that you feel humbled,” Stout said. “When I think of the people who preceded me, who won that award, I begin to question, ‘Am I in that same category?’ Then I just dismissed it. I went up on stage, smiled and lived in the moment.”

Stout said he mainly wishes to be remembered for his commitment and love for teaching, and also for the impact he has had on his students.

“[As a teacher] you are able to have a direct and profound impact on the lives of young people. There are not many professions where you could say that,” Stout said. “Those interactions that you have with students in class and outside of class are opportunities for lifelong relationships.”

Stout said he would like to write and publish two more articles before he retires in June 2017 in honor of the professors who inspired him. One article will be called “Defining Moments” and the other will be called “Things I’ve Learned Thus Far.”

Stout said he would like to instill a sense of pride for the university and its faculty in the students. He said they should be happy that they go to a college that has award-winning faculty.

“Don’t be afraid to celebrate other people’s accomplishment. Don’t be afraid to recognize the good work that others are doing. It’s our award. It’s for YSU,” Stout said. “If I leave any kind of legacy, it will be in the mindsets of students with whom I came into contact who said, ‘You always took the time for us.’ That would be the biggest compliment, more so than the plaque, the awards and the other stuff that I have received.”