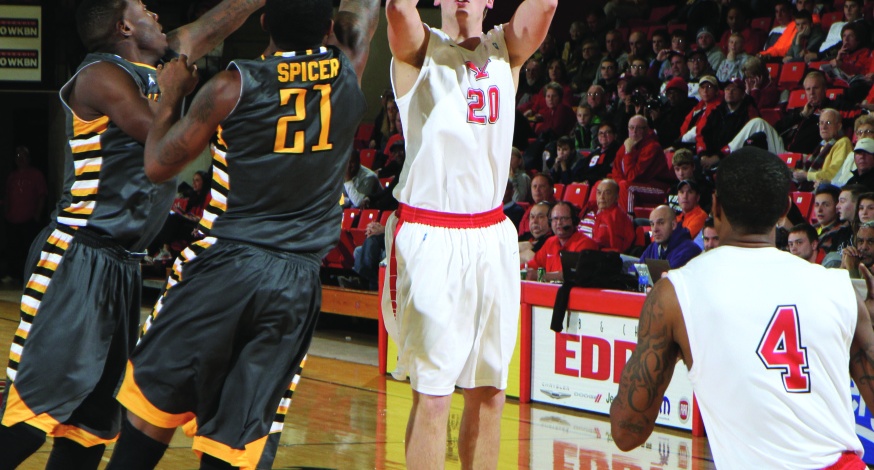 “I think we showed some character and showed some heart … that was a positive. I think our young guys 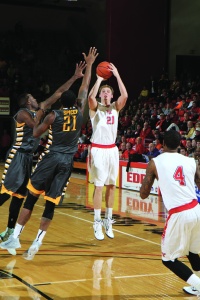 performed pretty well,” Slocum said. “For being their first college game, a lot of those guys — some of those guys have been redshirting — I thought they kind of handled the situation ok. That was the positives.

With YSU losing its season opener, Slocum and the Penguins are looking to get the 700th win when the University of Toledo on Wednesday night.

“I think that would be big for this group,” forward Matt Donlan said. “Going in, I think his record speaks for itself. Obviously he’s accomplished a lot, and I think to be a part of the group that’s able to bring him that 700th win would be pretty special for us.”

The Rockets are coming off a 96-65 win over West Virginia Tech. Four of Toledo’s five starters scored 15 or more points on Saturday. Rockets guard Jaelan Sanford led the team with 22 points and shot 6-8 from behind the 3-point line.

“They might have one of the best big kids in the MAC [Mid-Atlantic Conference], a 6-11 kid that could shoot three’s,” Slocum said. “[He’s] a lot like Bobby [Hain] — really good from midrange, really good with his back to the basket. Their two guards are really good and they have a freshman kid that just shoots the heck out of it. This is a good basketball team. We’re going to have to play extremely well to be in the basketball game. They really could score the ball, they’re really good in transition … might be one of the most offensively gifted teams in the MAC.”

If Slocum doesn’t get a win on Wednesday, the Penguins might not get another chance at a win until the Penguins get back from a tournament at Florida Gulf Coast University.

“I think this group has a chance when that proverbial light come on. The lights are on in the house, but they’re not bright lights right now,” Slocum said. “And again the schedule’s not easy. Obviously, we’re playing a really good Toledo team that won 23 or 24 ballgames over the last three or four years — had kind of the best three to four year run in their history.

“Then you go to Florida Gulf Coast over the weekend and play in their building, a team that’s really, really good. Then you play Bowling Green [State University], a team last year that went to postseason play. That road doesn’t get any easier, but the positive side of it is our guys are going to grow up in a hurry.”