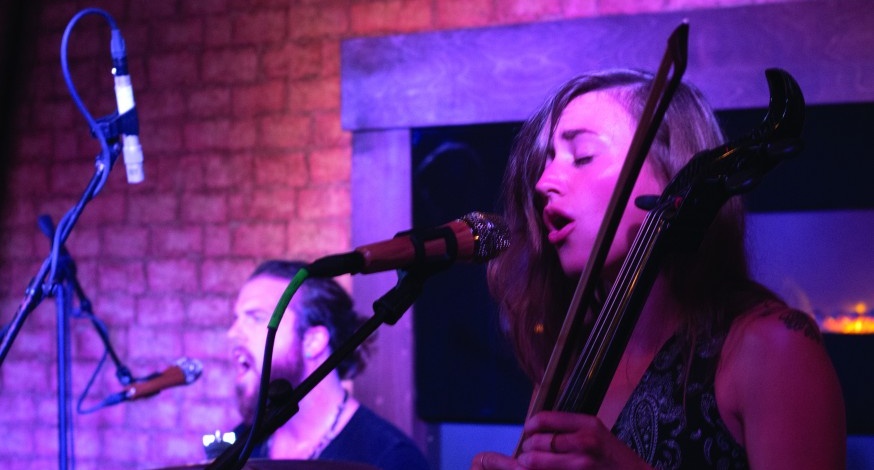 The Ballroom Thieves came to Youngstown to folk things up. 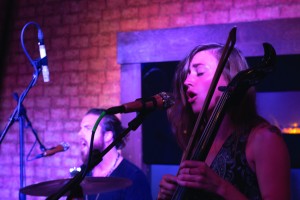 The Ballroom Thieves, a folk rock trio, performed Thursday, Sept. 17 at The Federal in downtown Youngstown as part of Penguin Productions’ concert series.

After playing Sisters Folk Festival in Sisters, Oregon, the trio drove three days for their performance in Youngstown, a stop as they work their way back to the east coast.

“We are such a small numbers band,” Earley said. “We kind of use as many tools as we can to make the band feel and sound bigger than it is.”

Earley and Mauch started The Ballroom Thieves as a two-piece band and eventually added a cellist. But after schedule discrepancies, their original cellist had to leave the band.

Mauch was judging all participants at the open mic night, and Peters’ band won. Peters has played in The Ballroom Thieves for two years.

“We never made a conscious decision to be or not be something, in comparison to someone or something else,” Mauch said. “This is naturally the music we’ve been drawn to and have written.”

The songwriting process for The Ballroom Thieves starts with Earley. The three of them converge and work when they have the time in a 10-month-a-year tour schedule.

“Maybe what sets it apart is we work hard,” Peters said. “We don’t really stop at the first few drafts of a song structure. We keep on going, for a long time, until it’s done.”

But that did not mean The Ballroom Thieves was stern in interacting with the crowd. Earley, Mauch and Peters all came up with trivia questions for the crowd. The award for answering correctly was a copy of their latest album, “A Wolf in the Doorway.”

The Ballroom Thieves will continue to tour straight until Christmas. After a short break they will start recording a new album and then get back on the road again.

Spirit of the Bear, a Youngstown indie rock group, opened for The Ballroom Thieves.

“There’s a whole concert series team that helps out with it,” Jesko said. “I am really enjoying having a whole team to give input and help out. And they’re great.”

Penguin Productions reached out to a booking agency in hopes of finding an artist to bring to perform in town. They ended up looking through the whole roster of bands and found The Ballroom Thieves.

“So, we asked if they were available and what their price range was,” Jesko said.

“I’ve taken on more responsibility,” Jesko said. “But I love it. I absolutely love doing it.”

Penguin Productions will continue to announce artists for their concert series, and will also organize the annual Fall Fire Fest.