By Rachel Gobep and Jordan Unger

A Special Assistant to the President was named on Feb. 2 at Youngstown State University.

Sherman was previously an assistant professor at Texas A&M University, a faculty member and vice provost at Ohio State University and a senior vice president and provost at the University of Akron.

Sherman grew up in Dublin, Ohio and said he worked at Texas A&M for two semesters before taking a position at OSU in 1985, which was close to home.

“In higher education, you don’t usually get to work where you grew up,” Sherman said.

He began working at UA in 2010 and left to become an education consultant in 2016. He said he will be able to look at his prior experience and it will help him in his new position.

“What I really think I can bring to an opportunity such as this is helping support the success of the academic enterprise … and creating opportunities for academic excellence to be enhanced,” Sherman said.

He said he would like to continue the progress YSU has made to become an institution of choice and prepare its students to become employees of choice.

Although YSU President Jim Tressel and Sherman worked at OSU at the same time, Sherman said they did not interact much.

“At Akron, we worked very closely together on integrating student success with academic excellence,” he said.

Sherman said he and Tressel shifted the conversation about student success at UA. 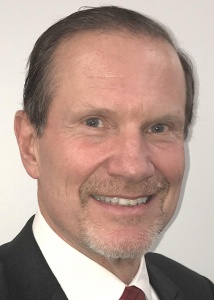 According to a YSU press release on Feb. 2, Tressel said Sherman’s experiences “will serve as an important guidepost” to the university.

“Dr. Sherman has more than three decades of extensive academic and management experience in higher education, from the classroom to the highest levels of administrative leadership,” Tressel said.

Sherman said students at YSU need to support their own success, but the university needs to back them.

“We have to make sure faculty are treated right and respected and they have the opportunity to grow professionally and deliver great academic programs,” he said.

Sherman said he is excited to have the opportunity to support YSU.

“My overarching philosophy has always been to enable students’ access and success, stimulate academic excellence and support engagement with the community in mutually beneficial ways,” Sherman said in the press release.

Sherman said when he was provost at UA, he visited YSU while collaborating with other provosts in Northeastern Ohio and said the campus-wide changes have been “remarkable.”

“It is a pleasure to join the YSU team and to have the opportunity to build on the many successes already achieved here at the university,” Sherman said in the press release.

According to the professional/administrative staff position description, Sherman’s hiring salary range is $100,323-$135,483.