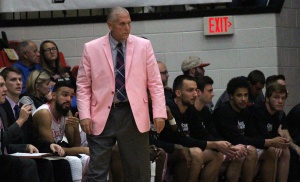 Slocum coached the Penguins for the last 12 seasons, and compiled a record of 142-232.

He has the second-most wins in program history and his 723 career wins rank 35th in NCAA history.

Despite losing on Monday to Northern Kentucky University, YSU’s Horizon League semifinal game was the first conference semifinal appearance since 1998.