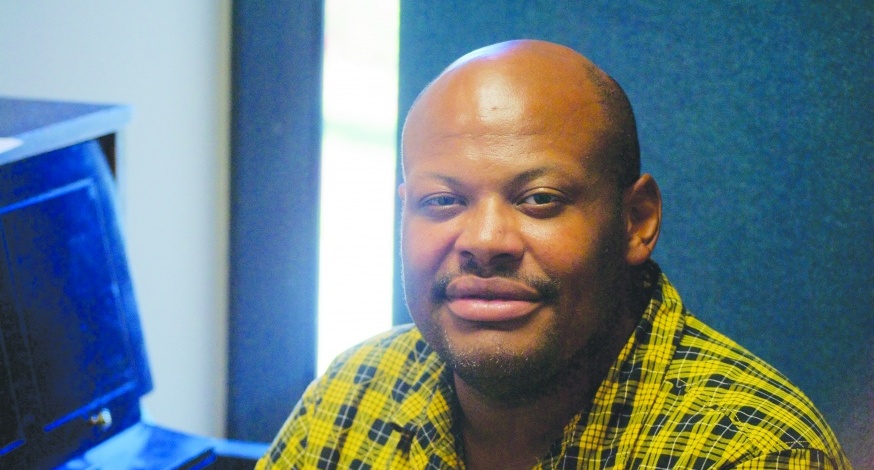 Paul Hill enrolled at Youngstown State University as a freshman in 1984. He’s returning to finish his degree 31 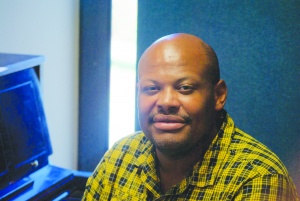 College is a place where students have the opportunity to experience and try new things, and it wasn’t any different for Hill in the ‘80s.

“At 17, I saw myself in a situation where everything was new, so I wanted to experiment, see what was out there. With that mindset, it got me into trouble,” Hill said.

He succumbed to peer pressure and started experimenting with drugs along with some fellow students, which led to an addiction.

“Drugs were my problem,” Hill said. “That was my choice. No one put a gun to my head. Nobody forced me. I consciously decided to try it, and when I did, that was that.”

When he was in school, he was a member of the marching pride, which led him to cross paths with YSU President Jim Tressel when he was coaching the football team.

Tressel said he sees Hill’s story as one of empowerment and change.

“I think his story is one of persistence,” Tressel said.

Hill arrived at YSU in 1984 without much focus, and feeling like he lacked a support system. His mother had him at 17, and she had four other children to raise on her own.

“I came to school in the beginning because I basically had nothing else to do at the time. I did not take it seriously,” Hill said. “School was just not my priority; what I cared about at the time was truly just doing drugs.”

He dropped in and out of school over the next several years.

“I kept trying to come back, but I was not free from the bondage of the addiction,” Hill said. “I basically came to school just because of the pressure. I was the first person in my family to come to college, and it was expected of me to be in school.”

Before long, his addiction got the better of him as he resorted to theft to support his habit, which led to his incarceration in October of 2008.

“I did stupid things, I justified things because of my addiction, and I made bad choices,” Hill said.

Prison ended up providing a change in perspective for Hill.

“When I was doing drugs and making these choices, I was only thinking that this impacted me. It wasn’t until I was incarcerated, and my mom and sisters came to visit me, and they were crying,” Hill said. “I remember thinking, ‘Why are they crying?’”

He said he started to realize the impact his addiction had on his family. They had to accept his phone calls, pay for gas to come visit him and send him money. He said seeing the effects his choices had on those around him led him to change.

“When I was ready for that, my family was there,” Hill said. “A lot of us take that for granted, and back then I didn’t see it, or did not want to see it because I had so much animosity in my heart.”
He said that experience helped him find his spirituality.

“I have found God, and He has guided me through this process,” Hill said. “It truly did help me through my struggles.”

Hill was released in 2010, and with a support system behind him, he started putting his life back together.

“I came out of prison, and two days later I got a job because I told my job interviewer that I stole to support my habit, but I have grown since then,” Hill said. “Once you own up to your mistakes, it is easier to get past them.”

He worked in Ohio without obtaining permission from the parole board in Pennsylvania. The violation led him back to prison for just under a year.

While in prison, he began the process of returning to YSU. In the summer of 2014, 30 years after he first set foot on campus, Paul was a penguin again.

“Knowledge is power,” Hill said. “If you don’t equip yourself with the tools that you need, then you will not be able to succeed in this great big world that we have.”

He has rejoined the marching pride, and it wasn’t long before he ran into Tressel in Kilcawley Center on his way to practice.

“He started talking me and he remembered me from when I went to school here in the ‘80s,” Hill said. “That was just amazing to me. He is always so focused on getting to know the students and of getting to know everyone as a person.”

Tressel said he hopes YSU can serve as a refuge for Hill.

“YSU is welcoming, and you can feel that on this campus,” Tressel said. “And when he was marching in the band in the late ‘80s and ‘90s, it was a magical time here.”

Hill said he is at peace with his past and his addiction, and now he wants to use his experiences to keep others from making the same mistake.

“Our life experiences can help other people,” Hill said. “Especially when you have someone like me who made mistakes in the past. I want to be able to help someone else from making the same mistakes that I did.”

“He told me that he wanted an opportunity to help students because he knows exactly how they are feeling, and the temptation of solving problems the wrong way,” Tressel said.

Hill said he wants students to understand that drugs and alcohol are prevalent on student campuses. They are difficult to push away, but if you do make mistakes, you have to be able to ask for help.

He said he wasn’t able to change until he reached his lowest point in prison, but it doesn’t have to be that way.

“There are resources there for you. Students need to feel safe coming to the resources that they have available,” Hill said. “If you feel yourself ready to slip, that is a time when you go to someone.”

“We have a great program, but actual resources and access to counselors is a little limited,” Tressel said. “We are hoping to change that very soon.”

He said he also hopes that students can learn from Hill’s experience.

“Paul is one of those people that can make others believe they can accomplish anything as well,” Tressel said.

Hill said he wants nontraditional students to understand that it’s never too late to try to fulfill your goals.

“Failure does not define who we are. In most pursuits, obstacles will be in the way, but at that point we can either give up or learn something and try again and eventually reach success,” Hill said.

He said he is grateful that he can finally work toward obtaining his music degree.

“I want to be a teacher. I want to influence inner city areas in particular. You wouldn’t know from seeing someone like me that I can sing opera in five different languages or play seven instruments,” Hill said. “You can’t judge a book by its cover.”

Hill was unable to march with the band this year because of the recital schedule required of him as a voice major, but he intends to march next fall before graduating in the winter.