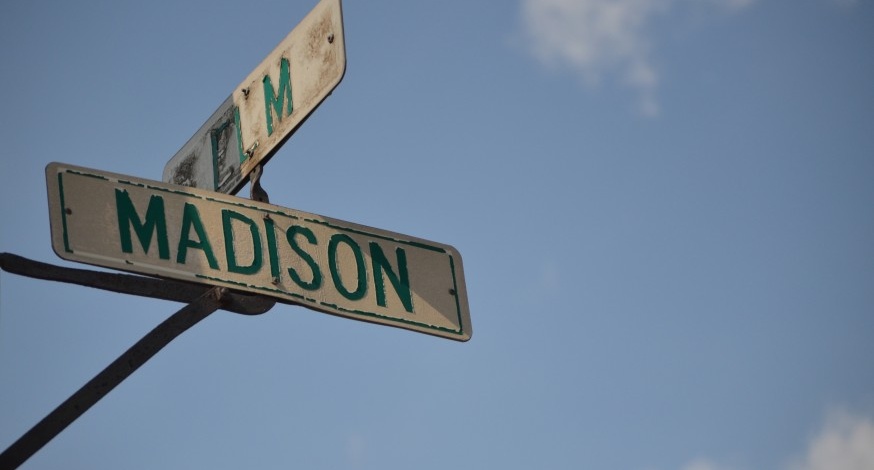 Youngstown State University’s residence halls are filled to capacity, and the trend toward on-campus living isn’t likely to slow down.

As students look for housing, those hoping to save money will likely be drawn to the pockets of off-campus housing — the shadow campus — by the low rental cost of North Side homes and apartments.

The closest North Side residential neighborhoods to campus are those surrounding Wick Park, a city park situated between Fifth Avenue and Elm Street just north of YSU. While there are a variety of single homes, apartment buildings and renovated park side manors in the neighborhood, there are a number of buildings boarded up or outright abandoned in the area as well.

Since the collapse of the steel industry in Youngstown, the property values of North Side dwellings have dropped significantly. What once was the neighborhood of the rich and influential of Youngstown, Wick Park and the surrounding neighborhoods later became associated with poverty and crime.

Amber Beall, Wick Park Neighborhood Association president, recalls her brush with North Side crime before she became involved with the neighborhood.

“When I lived in that neighborhood, I witnessed more than one drive-by shooting. That was the summer of 2010,” Beall said. “I know it’s gotten better, but it did get worse before it got better.”

While Beall has witnessed harrowing violence on the North Side, she also urges caution when making generalizations about the area.

“It’s truly dependent on the culture of your microenvironment … My personal advice is to not listen to what people tell you, but get a gist yourself. Each street is very, very different,” Beall said. “There are different kinds of people living on each street with different situations varying.”

William Mays, a police sergeant with the YSU Police Department, believes the tales of North Side danger are somewhat exaggerated.

“I wouldn’t advise anyone not to live there,” Mays said. “I think a lot of what people hear tends to come from people trying to drum up hype about the area.”

Mays notes that while criminal statistics do support the claim that there is more crime in Youngstown than surrounding suburbs, he notes that many of the closest crimes to campus — the shooting near Dorian Books earlier this year and two robberies where students were victims just off campus — were isolated incidents.

Peterson and his business partner Rodd Coonce own four apartments above the bookstore and rent primarily to students looking for off campus housing.

“I think it’s good — especially for these kids from the suburbs — to get out and mix with a culture different from what they’ve grown up in. It’s a good education,” Peterson said.

For students interested in living off campus, a practical education in personal safety and tenant rights will help prepare them for life as a renter on the North Side. Beall aims to make the home hunting process easier.

“One thing I’d like to see is our neighborhood association keeping a listing of available housing in the neighborhood and reputable landlords we can recommend,” Beall said. “I’m thinking about trying to start a formal listing page on our association website and throwing it out to YSU and seeing if they’ll put it on their student housing website for the students who do want to move off campus.”

Beall would also like to see YSU take a more active role in preparing students for living in and around the North Side.

“I think there should be a better relationship between the university and the housing in general in the area. I mean if you look in The Jambar or the Metro Monthly there’s never student housing listed for rent,” she said. “I think the university just doesn’t kind of care how it affects them because they make more money with students staying on campus.”

“We have RA meetings during the first few days where we go over safety … every student living on campus has a number they can call to get immediate police assistance, and we train RA’s specifically to work with students who have negative experiences anywhere on or around campus,” Stanley said.

While statistics suggest that the frequency of criminal activity increases north of Wick Park, students are most at risk any time they neglect personal safety practices, regardless of their location.

One piece of advice that was repeated by all the individuals interviewed was that students need to be aware of their surroundings and to strive not to make themselves targets of opportunity.

Mays acted out the walk of someone distracted by a cell phone as his example of lacking awareness.

“You’re not looking up, you don’t know if someone’s behind you or coming up next to you and your screen is lighting you up like an actual target,” Mays said.

According to Beall, students often make themselves targets by engaging in activities that would be considered unsafe anywhere, not just the North Side.

“People are making themselves targets; don’t stand on street corners at 3 a.m., don’t carry your entire rent in your pocket, don’t look like a naive child,” Beall said.

“Safety is a 24/7 job. You have to aware anywhere. The North Side is no different,” he said. “There’s some great neighborhoods on that side of town, and I think the fact that business owners haven’t abandoned the area speaks to that.”