Recycling bins across Youngstown State University’s campus have become contaminated by leftover food and beverages being thrown in the bins.

During last year’s RecycleMania competition, YSU received first place in Ohio based on their recycling effort and 23rd place in the national 2017 competition.

The competition challenges post-secondary institutions across the United States and Canada to reduce, reuse and recycle the most on-campus waste.

According to RecycleMania, the 2018 competition will begin Sunday. It will be YSU’s 14th year as a participant.

Dan Kuzma, a manager of YSU’s recycling programs, said the results of the competition are a result of the students’, faculty members’ and staff’s awareness of recycling at YSU. He said he believes the program will continue to grow. 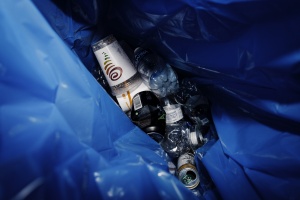 “It’s exciting that our efforts are being recognized without actually having talk to each and every individual,” he said.

Kuzma said people dispose of full beverage containers in recycling bins, which is an issue.

“That ruins our paper products that were mixed in. It forces us to throw [recyclable products] away,” he said. “It would be nice if they empty those [beverage or ice] into the sink.”

Kuzma said this wastes an estimate of up to 100 pounds of recyclables weekly.

He said he assumed solving this issue would increase recyclable product about 800 pounds a week.

James Joo, a sophomore computer science major from South Korea, said he has been less careful with recycling than he was before he came to the U.S.

He said South Koreans must pay a fee if they do not recycle.

He said there are different recycling bins for glass, paper, cans, electronics and plastics in South Korea.

He currently lives at the University Edge, and he said he stopped caring about recycling since there are no recycling bins at his apartment.

Joo said everyone has a general education of recycling in schools in South Korea.

“Someone needs to remind people about the pollution and other effects,” Joo said. 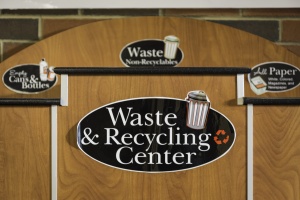 Bryan Martinez, a senior electrical engineering major, said he has been recycling as a habit since he was around 15 years old.

“I try to keep plastics, cardboard boxes and cans together. [YSU recycling bins] are easy and convenient,” Martinez said.

He said he has his own container for water, but always buys iced coffee.

Joo said he drinks almost all of the coffee, then throws it away into a recycling bin, but never thought he was ruining some recyclable products by recycling coffee cups with ice in it.

“It should be mandatory that everyone recycles,” he said.