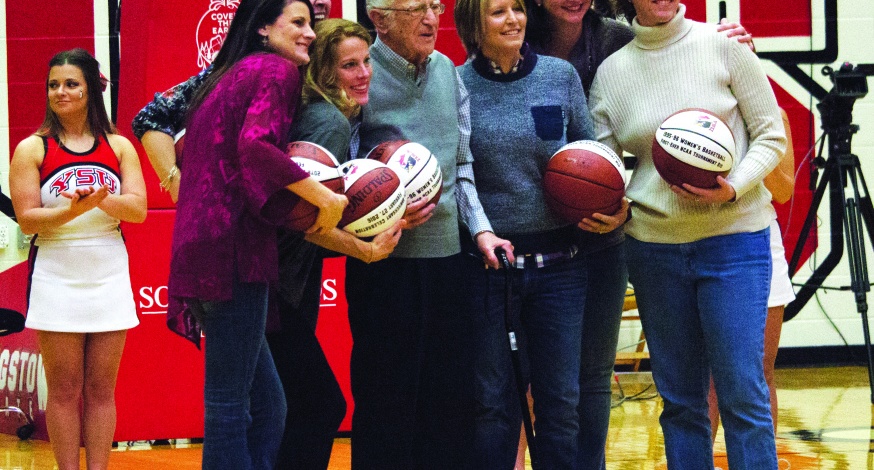 Twenty years ago, the Youngstown State University women’s basketball team took a step that had not been taken before in school history by reaching the pinnacle of college basketball, the NCAA tournament.

Then, senior Shelly Allen said it was the work ethic that allowed them to play so well together.

“Everybody came together as a team that year. It was exciting to be a part of all of that,” Allen said. “We just played very well and were able to put a couple of games together.”

The team ran through the Mid-Continent Conference Tournament, winning all three games by double digits and earning birth in the NCAA tournament, the first in the history of YSU.

Perhaps the most memorable moment of the entire season came from the Mid-Continent championship game against the University of Buffalo. Junior Shannon Beach dyed her hair green before the game to help motivate her team into March.

“There wasn’t enough time to go and change to wash it out, so she had to play with it. It kept us all calm for the championship game,” Allen said.

Beach said she was just happy the Penguins were able to pull off the victory, or else the reaction to her hair may have been different.

The Penguins made the NCAA tournament as the 15th seed and drew a tough matchup against the second seeded Penn State University in the first round. The Penguins played a tough game only trailing by one, 50-49. With only 15 minutes left to play, they were ultimately out matched by the Nittany Lions, losing 94-71.

“Going to Penn State and playing in an arena like that was great,” Beach said. “The support we had from the community and university was so giving and receptive of all of that, and it was a great experience all around.”

The Penguins would go on to make the tournament two more times over the next four years under head coach Ed DiGregorio, who was named to the YSU Athletics Hall of Fame in 2003.

“Coach D was really our father, grandfather figure. We didn’t want to let him down. We didn’t want to disappoint him,” Beach said. “He’s the reason I came here. His heart is so big and to have him 20 years later and to share it. Its just something special.”

Beach said it was great to come back to YSU and finally be reunited with her team after 20 years.

“It’s just great to see these girls,” Beach said. “It’s been 20 years, but it’s like it was really yesterday.”