Youngstown State University’s Department of Theatre and Dance took on the emotional production of “How I Learned to Drive” by Paula Vogel in November at the Spotlight Theatre in Bliss Hall.

Nearly a month after the show opened, the lead actors reflected on their experience in a show with “uncomfortable” topics that YSU’s theatre wouldn’t typically cover.

The play is told from the perspective of a woman nicknamed Li’l Bit, retelling the story of how she broke the chains of her family, specifically a complex sexual relationship with her Uncle Peck, who engages her in pedophilia.

The show was mostly focused around the journey of Uncle Peck teaching Li’l Bit how to drive in their hometown in rural Maryland.

Mason Edmunds, a senior theatre studies major who portrayed Uncle Peck, said when he saw the script he immediately loved the characters and how ethically and morally challenging the show was.

Edmunds explained the massive amounts of trust between cast members to put on a show with such sensitive material.

“The trust that I had to have with Rosie, [who played Li’l Bit] the camaraderie and relationship that we were able to build with one another as professionals was unlike anything I’ve had to develop [at YSU],” he said.

It may have been easy for some audience members to villainize Uncle Peck, but Edmunds saw him as a damaged man who is a product of his environment, and is someone who is relatively relatable and genuinely loves Li’l Bit.

Edmunds said when he was reading the script he was surprised by how smooth, compassionate and complex Uncle Peck was.

“To me it was very important for the audience to be conflicted about [Uncle Peck] when they walk away from the show … to pull for him and root for him even though in the back of their mind they think they aren’t supposed to,” he said.

Edmunds said although he enjoyed doing the show, there was a level of relief when it closed because of the overwhelming amount of energy and emotion it took to bring the character to life.

“I feel like now having completed this show and gone through the journey of Uncle Peck, and the story in general, I feel equipped with the tools I need to go out into the professional world and be successful. I feel ready to go,” he said.

Rosie Bresson, a junior musical theatre major, played Li’l Bit. She said, the most challenging part in preparing for her role was finding ways to portray the different ages of Li’l Bit’s flashbacks.

“Because each [age] has a unique vocal, physical and mental quality to it and they don’t change chronologically, I had to find very specific head spaces and voices for each one and learn to inhabit them instantly to convey all the shifts laid out in the script,” she said.

“I admired that strength and perseverance that she had to stand out from everyone else around her,” she said.

Bresson, like Edmunds, described the show as rewarding but emotionally draining at times, but through the ups and downs Bresson said “How I Learned To Drive” ultimately changed her life as an actor and as a person.

The cast worked to figure out the psychology of the characters and the best way to tell the characters stories while remaining true to Vogel’s original work.

“This cast has been amazing. Hours and hours, week after week, they have learned to love these damaged characters and present them to an audience,” Foltz said. 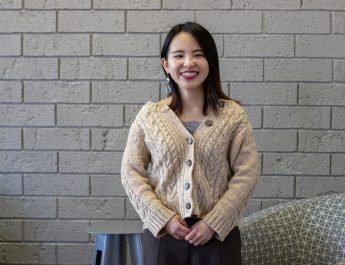 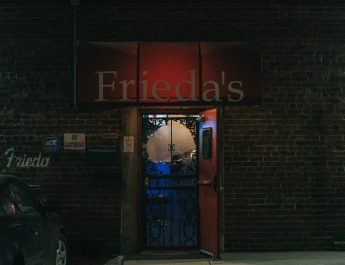 Frieda’s Reopening: A Cocktail of Jazz, Good People and Memories