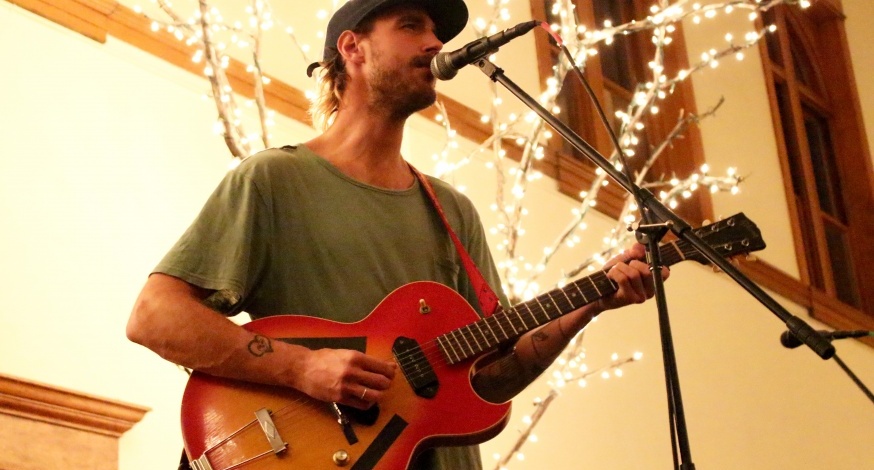 Baxter grew up in Nashville, Tennessee and was heavily influenced by his multi-instrumentalist father, Bucky Baxter. Bucky Baxter played with music greats Bob Dylan, Ryan Adams and Steve Earle. Baxter picked up his first guitar at a very young age, but it wasn’t until much later in life that he learned to play it.

“The first time I picked up a guitar, I was maybe two,” Baxter said. “But I didn’t learn how to play it until I was 20. I had nothing to do with music when I was young. My father was in the music business, but I was far detached. During Christmas break of my sophomore year in college, my dad gave me an acoustic guitar, and it eventually evolved into this.” 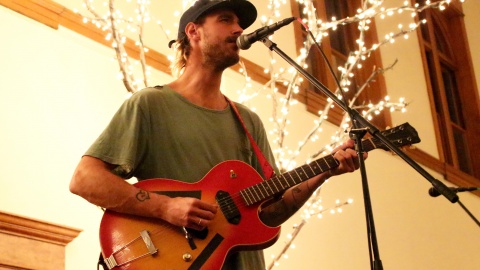 Baxter spent a year teaching himself to play and eventually went on a trip to Israel that turned into a six-month stay. Many aspects of Israel influenced and affected Baxter as a musician, but the biggest thing he said he took out of it was his lyricism.

“That was when I started listening to lyrics in songs,” Baxter said. “Then I started diving into writing songs of my own.”

After returning to his home in Nashville, Baxter said this was when his city had its greatest influence on his music. He said he watched the city transform in front of his eyes and watched the bands and musicians that came out of there. Eventually, Baxter would form his band and tour around equipped with the veteran advice of his father.

Baxter said his father would give him bits of advice here and there, but he was never overbearing in trying to guide him.

“He gives great advice and comes from the coolest background I could imagine,” Baxter said. “He’s not a songwriter, but he’s worked with them. So he’s not leaning over my shoulder, criticizing my lyrics. He knows how [songwriters] have carried themselves on and off the stage, and he has guided me in the right direction.”

Baxter recalls having one conversation in particular with his father about love and relinquishing control in life. He said he has learned to roll with the punches and adjust to anything life throws his way.

“My father told me, ‘All you’ve got to do is love. Know what love is and try not to control everything,’” Baxter said. “Ninety-nine percent of the things that come across your path in life are completely out of your control. You’ve just got to love yourself and love the people you want to love. Let go of everything else.”

When it comes to writing his music, Baxter is filled with influences from J.J. Kale to Green Day, but said that he doesn’t have a particular process for writing songs. He said everything comes in bits and pieces, and then he puts it all together.

Baxter and his band will travel back to his hometown on April 7, where he will perform songs off of his last two releases.

Baxter released his second album, “Imaginary Man” in August 2015 and recently published his “SOHO EP” this year. He enjoys unveiling new collections and adding to the timeline that he has created as an artist who hopes to release many more works.

“There’ll be a third album and a fourth and a fifth and a sixth, and hopefully 20 more after,” Baxter said. “My goal as a performer, singer and songwriter is to put my stamp on the world like my heroes before me.”