Why out of all things a penguin? Mascots could be considered symbolic for their universities and could have unique stories behind them. Diving into the history of Youngstown State University’s mascot may not only be beneficial for students at YSU, but just may draw more people to the beloved penguin. 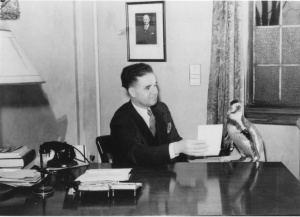 Brian Brennan, an alum who has been affiliated with YSU for 31 years, said that the mascot is definitely the face of the university.

Brennan said that the beginning of Pete the Penguin started back in the mid-1920s.

The Youngstown College basketball team at the time had an away game scheduled at West Liberty College in the middle of winter. The players had to take the trip down to the game in an unheated bus and by the time that they got there, they were frozen stiff.

“They got into the locker room and it was unheated,” Brennan said. “They suited up and went out to the court and they were jumping around trying to keep warm.”

Brennan said that the coach of the opposing team had said that our team looked like a bunch of penguins and from that, YSU’s penguin mascot was born.

When the university started the football program in 1938-1939, there was talk about changing the mascot to something more fierce.

“They wanted something that evoked action and that was tough,” Brennan said. “But some people were sympathetic toward keeping the penguin.”

Brennan said that very few places have a mascot that’s a penguin, making Pete unique and bringing a sense of identity to the campus.

“Pete will always be in people’s hearts,” Brennan said. “Even if you’re not an athletic fan, you still see Pete everywhere in the marketing and that image is placed in your mind. It gives a friendly face to the institution.”

Joanne Ellwood, a 1992 graduate of YSU, said that thinking of Pete and Penny Penguin always makes her smile.

“Pete is very recognizable,” Ellwood said. “Because he’s always in school colors; you’d never mistake him for the Pittsburgh Penguin.”

Robert D. Ault, microform and information services librarian and history and political science librarian at Maag Library, said that we’re the only college that has a penguin for a mascot, so we might as well flaunt it.

“I can recall going to Baltimore with a Pete the Penguin hat,” Ault said. “And people coming up to say hi because they recognized the penguin.”

Ault said that our mascot makes us very distinct.

“That’s what makes it fun,” Ault said. “Pete and Penny have impact and he’s down in history. He’s the brand.” 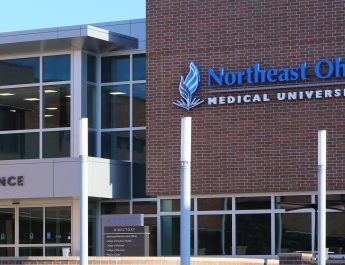 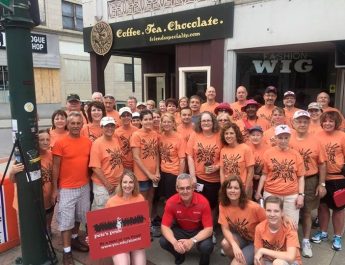 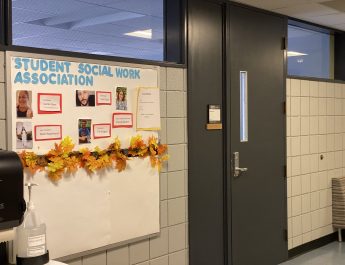