On Thursday, it worked.

She finished the game with a career-high 30 points and eight 3-point field goals, breaking a school record in an 80-67 victory over the University of Detroit Mercy.

“Everybody has their own thing that they do,” Middlebrooks said after the game. “I try to continue mine like every game. It’s not just on a big night.”

Middlebrooks was modest of the record and said that looking at the scoreboard was never an option. She was surprised to hear the Penguins shot 57.1 percent from the field.

“It was really big because we needed the win real bad,” Middlebrooks said. “We knew we needed to come out with a lot of energy and effort.”

Middlebrooks said Thompson did a great job defensively and offensively. Head coach Bob Boldon said he was looking how she would play defensively.

“I thought she really responded to the challenge,” Boldon said. “She’s been shooting the ball very well the last couple of weeks, so shooting wasn’t the issue.”

Brown was in foul trouble all night, and she committed her fifth and final foul with 5:27 remaining in the second half.

“It was a good challenge for us because just last Saturday, [Brown] got into foul trouble in Milwaukee, and we looked like we didn’t know how to play basketball without her,” Boldon said.

The Penguins (9-10, 3-5) double-teamed, sometimes triple-teamed Shareta Brown, leaving Titan shooters open for 3-point field goals but they weren’t able to take advantage of it as they shot just 21.7 percent from beyond the arc.

Boldon put many players on Shareta Brown and said he hoped she would turn the ball over, which she did eight times.

“Once she gets the ball in the scoring area, you don’t have any options,” Boldon said. “As a freshman, she’s just phenomenal, and to be that skilled as a low-post player is just something you don’t see very often.”

“I think we’ve kind of worked on that throughout the years,” Middlebrooks said. “It’s a good feeling that if she’s in foul trouble that other players are able to step up and make big shots for us.”

More important than the shooting percentages, the Penguins snapped a four-game losing streak.

“To be able to respond from a losing streak, I think that’s something that will go a long way,” Boldon said. “I hope that goes a long way for us.” 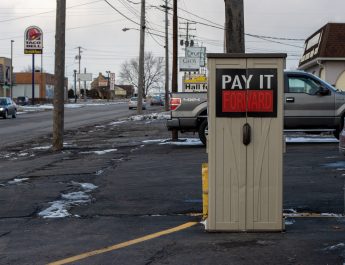