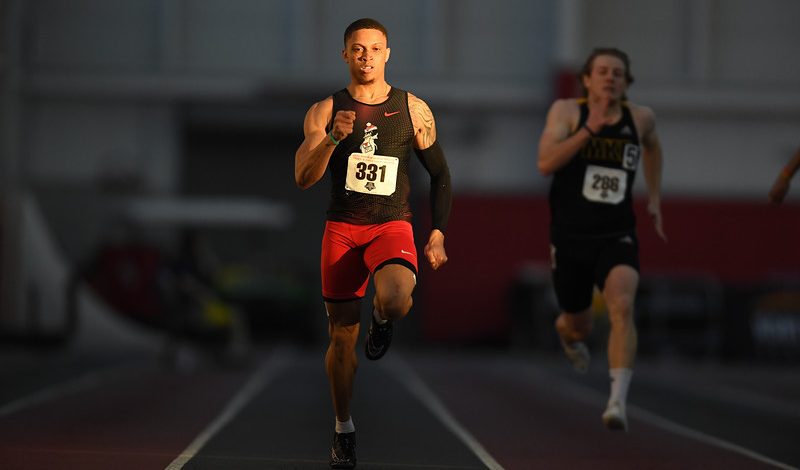 The Youngstown State University sprinters steered the men’s and women’s track and field teams to the Horizon League Indoor Championships, extending their conference win streaks to five and four, respectively.

The women’s team fell behind in the team standings before its sprinters scored 59 points between the 60-meter and 200-meter dashes March 1. Senior Jaliyah Elliott, who won both events, became the fourth sprinter in league history to win three conference titles.

Elliott was named the Alfreeda Goff Indoor Track & Field Female Co-Athlete of the Year after setting a new league record in the 200 with a 23.66-second performance.

Penguins coach Brian Gorby was also named league men’s and women’s coach of the year. Gorby, who has been coaching the program since 1994, has coached more than 40 conference championship-winning teams.

He said he believes his current team may be the most complete team yet.

“From a rankings standpoint, having all five phases being this strong, this is probably the most well-rounded team, the deepest team we’ve ever had in program history,” Gorby said. “We’ve had some teams that maybe had one area that’s super, super strong. … But we’ve got a complete team in all areas.”

Besides Elliott, YSU’s top track  athletes include senior Collin Harden and junior Sean Peterson, as well as freshmen Alivia Bentley, Dakari Carter and Jahniya Bowers, all of whom were named the league’s top freshmen.

Gorby said Peterson, a distance runner, has been one of the team’s biggest surprises. At the Penn State National Invitational on Feb. 1, Peterson recorded the second-best mile run time in school history, running it in 4 minutes, 5.19 seconds.

Peterson also won the mile and 800-meter dash at the indoor league championship. His 800 win was the third of his career, making him the second athlete in league history to win the event three times.

The Penguins’ success has been relatively consistent for the last decade, and with positive reinforcement and a high-energy attitude from the coaching staff, the championships will continue.

After a short break, the Penguins will turn their attention to the outdoor season, which begins March 25 with the Clyde Littlefield Texas Relays and Bobcat Invitational.