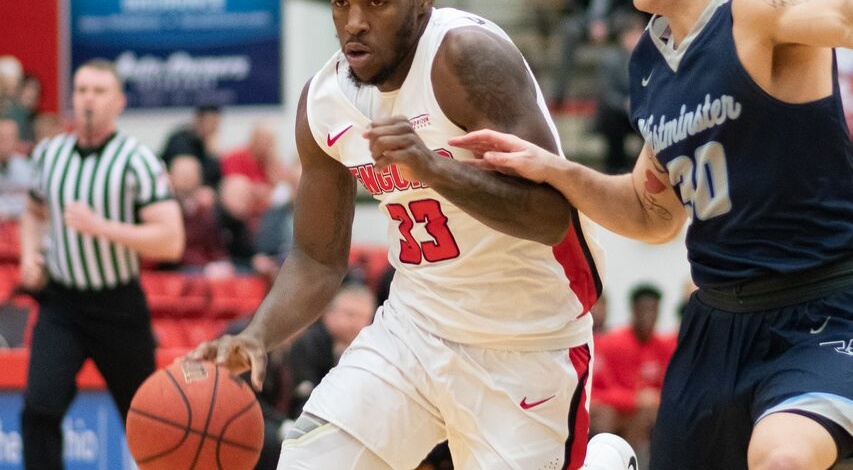 “That’s a good game for us heading into the holiday,” Penguins head coach Jerrod Calhoun said. “We accomplished what we wanted to, we obviously wanted to play a lot of different guys. We tried to set out some goals defensively. We wanted to try and hold them under 70 and we wanted to a much better job taking care of the basketball. You can see at times we looked really good, but at times I think our youth shows and our inexperience shows.”

Calhoun continues on to thank the fans for showing up like they did.

Five players for the Penguins scored in double figures. Donel Cathcart III lead the team, putting up 18 points, Darius Quisenberry and Jelani Simmons each scored 13 and Garrett Covington (14) and Kendale Hampton (10) came off the bench to score as well.

“We are top 20 in the country in minutes played by our bench,” Calhoun said. “I think I have to do a better job with defining some of those roles. We’re a team still trying to figure things out, but I think I’d be a fool if I didn’t play a lot of guys. We’ve got 10, 11 guys that can play our style. We’ve got to be more committed to our press. That’s something that will come with experience, we can get better at it. We started three freshmen tonight, and they got some good minutes.”

The Penguins had a combined 22 assists on their 39 made field goals. Moving the ball was something they set out to do.

“We focused on moving the ball a lot,” Quisenberry said. “Moving the ball was a big key for us. Getting at least 110 touches, passes each half to reach 200 passes so everybody can touch the ball. [It’s] so the ball can talk to everybody so everybody feels good. That’s usually my goal as a point guard, first to get people going, make them feel good, then get my points. Get my team feeling good and then get mine afterwards.”

Calhoun also praised Westminster for their crowd. Packing a crowd wasn’t too much of a surprise with eight of their players attending high school in the Mahoning Valley, including Dan Ritter, a South Range High School graduate.

“You gotta give Westminster a lot of credit,” Calhoun said. “I thought they shot the ball well, I thought they shared the ball really well in the first half. I thought their fans really showed up. I was not really surprised by that. I thought Dan Ritter had his whole crew here, I knew he would light us up, because he lit us up in practice every day.”