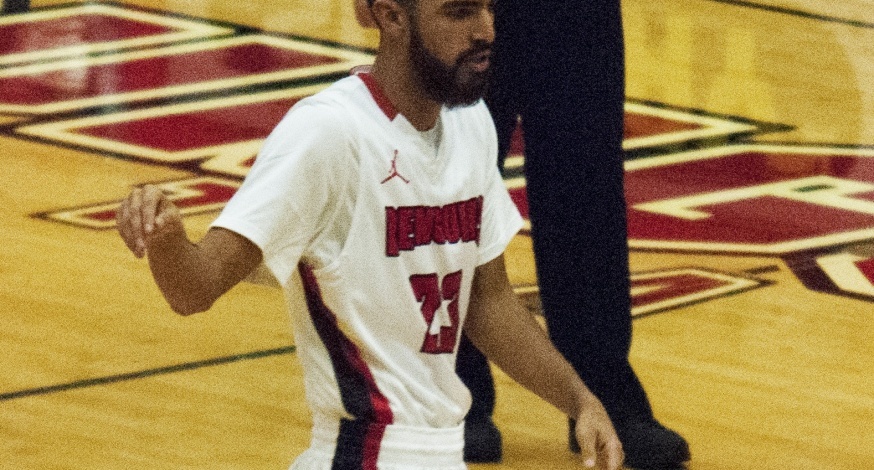 The Youngstown State University men’s basketball team held off a late scare from Robert Morris University to improve their win streak to four games as the Penguins defeated the Colonials 65-58.

YSU (4-4) jumped out to a 13-point lead with just over 13 minutes left in the second half and seemed to be in control of the game. But the Colonials fought back going on a 15-6 run over the next eight minutes of game play and brought the YSU lead down to three, 56-53.

YSU, who had struggled to get the ball down low for much of the game. Bobby Hain drew a foul and drained both free throws, followed by layups from Jorden Kaufmen, Bret Frantz and an drive and score by Francisco Santiago gave the Penguins a 64-56 lead with 35 seconds left and all but sealed up the game.

“I thought obviously that we had a height advantage. At the half they clearly tried to take that away from us and i thought our wings would be a little more open. They do a really good job in their zone. It doesn’t have to be that close if we make some foul shots,” YSU head coach Jerry Slocum said.

The Penguins jumped out the original lead after an 11-0 run midway through the first half — the run was sparked by excellent 3-point shooting from the Penguins. Matt Donlan drained two 3’s during the run and Frantz added another.

“I’m pretty sure that we only made two out of our first 10 or 11 shots, but we didn’t have any turnovers against their zone. And then we went on and made three out of four from the 3-[point] line. So I thought the tempo was good,” Slocum said. “ I thought we were patient. I don’t think we took maybe one or two bad shots tonight.”

“I though that we moved the ball and got great shots. I think that their zone kind of allowed us to find great shots, and I thought we found those,” Donlan said.

Frantz played one of his best games of the season finishing with 10 points, five assists and was a force on the defensive end registering three steals.

After the game coach Slocum was very pleased with the way his defense played. YSU held Robert Morris to 39.6 field goal percentage.

“That’s I think the third game in a row now that we’ve held a team under 40 in terms of field goal percentages. I thought we had a lot of good energy, positive energy tonight,” Slocum said.