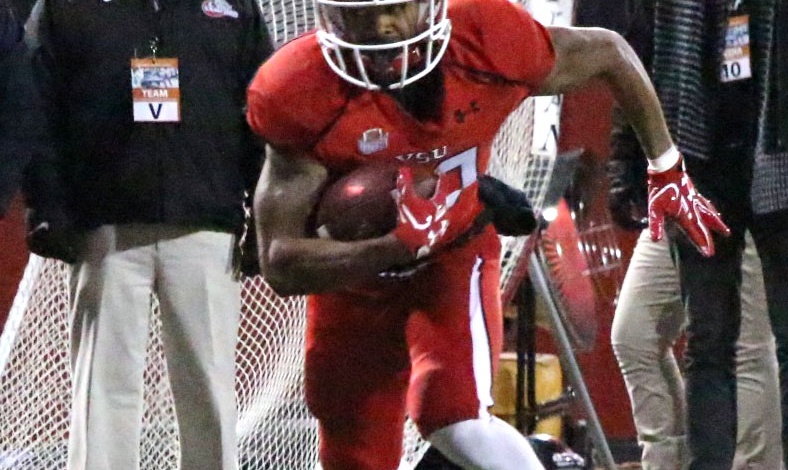 On Sunday, members of the Youngstown State University football team said the Penguins needed to finish strong if they wanted to make a run in the Football Championship Subdivision playoffs.

YSU (9-3) started the playoffs strong after it beat Samford University 28-24 on Saturday night.

“[Getting a playoff win] feels great, I can tell you that,” YSU running back Jody Webb said. “This week, everyone’s been saying how it feels different. But it’s a great feeling, it’s a great different feeling. None of us have been here. For all the guys in the program, this is our first time. We’re trying to make it happen.”

The Penguins entered halftime with a 10-7 lead, but YSU scored 14 points in the first 10 minutes of the third quarter to extend the lead.

Webb added two more touchdowns in the fourth quarter to put the game out of reach. Webb finished with a

“It’s just about finishing. At this point, everyone’s tired,” Webb said. “It’s a long season, and at this point, it’s about who wants it more. In order for us to get where we want to go, we got to finish.”

Samford (7-5) moved the ball well through the air, but Samford head coach Chris Hatcher said the biggest issue was dealing with the YSU defensive line.

Hodges was forced to carry the Bulldog offense. Hodges completed 33 of 51 passes for 372 yards passing, but the YSU defense started to generate pressure as the game progressed.

YSU defensive end Derek Rivers said it was “a blessing” to play a playoff game at home during his senior season after failing to make the tournament in previous seasons.

“I liked the way our guys played — it was a complete effort,” Pelini said. “I’ll be the first one to say, like every guy in there — we haven’t played our best football yet, which is a good thing. We got to keep practicing, preparing and getting better each week because that’s what we’re gonna need to do as we go through this tournament.”