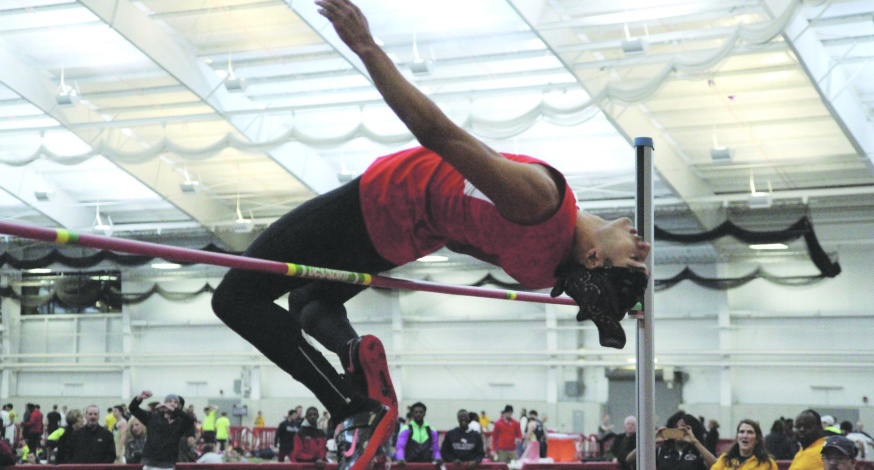 The Youngstown State University men’s track and field team is off to a hot start and looking to continue their success as they host the YSU College Invitational on Friday.

In YSU’s first meet of the season the Penguins dominated Duquesne University, and four Penguins, Arnaldo Morales, Chad Zallow, Nina Grambling and Jaynee Corbett, all won weekly Horizon League Awards for their performances. Morales and Corbett both received Field Athlete of the Week awards, while Chad Zallow and Grambling were tabbed as Running Athlete of the Week.

Both Morales and Chad Zallow broke school records in the meet. Morales beat his own high jump record breaking seven feet one-quarter inch, and Chad Zallow ran 7.89 seconds in the 60-meter hurdles breaking the record in his first meet as a Penguin. Chad Zallow’s time is the second fastest in the National Collegiate Athletic Association this season and has qualified him for the Olympic Trials later this year.

“It’s just great to get off to a good start like that, and hopefully I continue to drop that time down this season,” Chad Zallow said. “So it just gives me something to shoot for, and hopefully I can keep improving on that,”

Thanks to athletes such as Morales and Chad Zallow, this year’s YSU men’s team has the chance to be one of the best in school history.

“This men’s program, after the first meet, is the best in the history of the program just based on results and talent. We have the top hurdle sprinter in the nation, which would be Chad [Zallow]. To have that with Austin McLean, the reigning Horizon League Athlete of the year, and Conner Neu is a top five or six throwers,” YSU’s head coach Brian Gorby said.

The men’s team has five guys who could all potentially compete for the title of Horizon League Athlete of the Year. Neu, Chad Zallow, Carl Zallow, McLean and Morales are among the best in the conference at their events.

“We have four or five guys that could compete to be Horizon League Athlete of the Year. And they’ll be competing against each other, which is pretty neat,” Gorby said. “You got to be excited about that.”

The women’s team is coming off back-to-back championship seasons in both indoor and outdoor and will likely be one of the top teams in the conference again this season.

“Oakland got really, really good on the women’s side,” Gorby said. “But you can’t count out a group of girls that won back to back triple crowns.”

This weekend YSU will look to continue to impress as they host over 40 teams in the YSU College Invitational at the Watson and Tressel Training Site. Morales thinks having the meet at home, where the team practices, is a huge benefit.

“It’s beneficial. I know the area. I know the surface,” Morales said. “Basically, this is my home. I train here. I work here. So if they come here, I have to show off and say ‘no you can’t beat me here. This is my house.’”