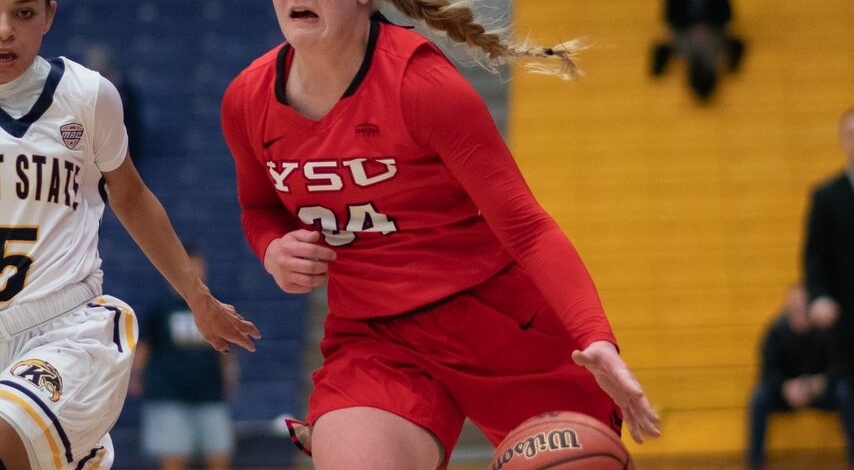 After a 4-0 start for the Youngstown State University women’s basketball team, things didn’t fare so well in its fifth game of the year. The Penguins were defeated by the Kent State University Golden Flashes, 62-34.

Bad first and third quarters are what killed the Penguins on the road. YSU (4-1) was outscored 15-5 in the opening quarter and then 13-2 in the third quarter. They did win the fourth quarter, 16-14, but it was too little, too late.

“I felt like Kent did a great job from the start,” YSU Head Coach John Barnes said. “They were super aggressive and super physical. We normally are physical ourselves and battle back. Tonight, we really didn’t. They just pushed us around and we let them. It started the snowball effect from the get go.”

Physicality in relation to rebounding was a big problem last year. Through the first four games, the Penguins had been outmuscling their opponents but were outmuscled in this game. KSU (3-2) outrebounded YSU, 49-41, despite the fact that the Penguins had 15 offensive rebounds to Kent’s 11.

The main story line was shooting. The Penguins couldn’t buy a bucket. They finished the game shooting a putrid 17.2 percent and just 20.6 percent from behind the 3-point line. As the old adage goes, “When you live by the three, sometimes you die by the three.” For the Penguins, that was sort of true.

“I think that we were on a high being 4-0. We just can’t come out like that and Kent State was shooting the lights out in the first half,” guard McKenah Peters said. “We just need to not hang our heads and push through as a team. We hung our heads a couple of times. We have good shooters and we have four or five knockdown shooters on our team. We just have to keep shooting the ball.”

For the Golden Flashes, it was the total opposite. They came out ready to go. They led 15-5 as previously mentioned but it felt like much more. The Flashes shot 5-of-11 from the field including 3-of-5 from three. They outrebounded the Penguins, 15-5, in the first quarter.

There was just one tie, 3-3 with 7:25 in the first, and no lead changes which explains nearly everything. Despite the turnovers being equal, 11 to 11, the points off them were not as Kent scored 12 points to YSU’s six.

An extra advantage was paint scoring as the Golden Flashes outscored them, 20-6.

“Our threes weren’t falling and our layups weren’t falling. We couldn’t get anything,” Barnes said. “ A lot of that had to do with their defense. They were really physical, long and pressured. It kind of got us out of our rhythm. Everything kind of snowballed. We missed a couple and kept missing the rest of the night.”

Despite the bad offense, defense didn’t take a severe as it might when shots aren’t falling. The Penguins defense held KSU to just 37.9 percent shooting but they did hit 10-of-24 shots from three for 41.7 percent.

“For as many shots that we missed, it wasn’t bad. I thought they did a good job,” Barnes said. “We really missed Amara (Chikwe)’s length and rebounding and defense. We tried to have other people step up. Our rotations was all messed up today too. We really didn’t have a good rhythm.”

Luckily for the Penguins, they won’t be off for long as they host Yale University of Nov. 23 at 7 p.m.