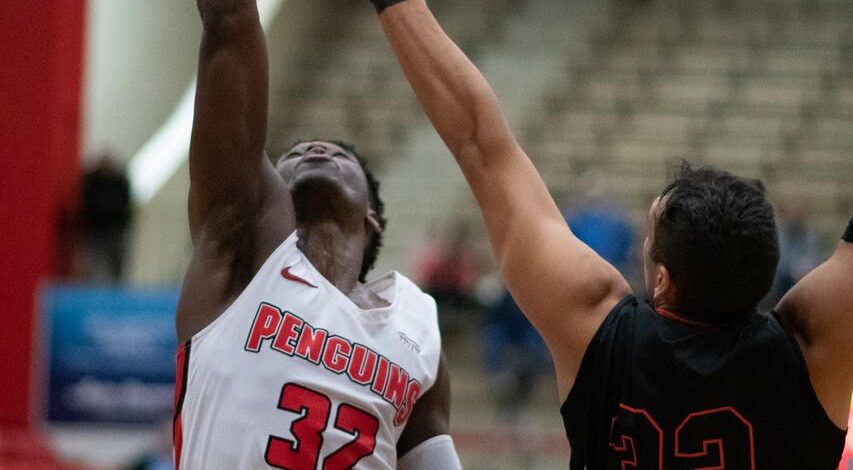 The Youngstown State University Penguins men’s basketball team sits at 3-4 and hoped to hit .500 with a win in Moon Township, Pa. against Robert Morris University.

The Penguins are coming off of a huge 104-66 victory over Westminster College and sit eighth in the Horizon League, inspiring some hope for the coaching staff on how they’re building the program.

“You are what your record is,” Penguins head coach Jerrod Calhoun said. “I think as a coach you just have to keep trying to teach your guys, ‘we’re close.’ That’s been my message the last four or five days. We’re getting there. This team is making progress since that Akron game. The last eight or nine minutes of that game we were really bad. We were deflated, we couldn’t get stops. But if you look at what we’ve done since then, I think this team has grown a lot.”

The Penguins fell twice on the New York City road trip, but are looking forward and not dwelling on past losses.

“I don’t think it ended the way we wanted,” junior guard Donel Cathcart III said. “We lost two games that were definitely winnable games, but I feel like right now we’re thinking about what’s next, moving on.”

After the game against the Colonials, YSU heads on the road to Morgantown, W.Va.,  to take on West Virginia University, coached by Bob Huggins, someone Calhoun has a ton of respect for.

“(Going to West Virginia) is a great thing for our young players,” Calhoun said. “Anytime you can play a team with great tradition at the highest level of college basketball.”

Calhoun continued on to praise Huggins for everything he’s done for the WVU program. Calhoun was Huggins’ student assistant with the University of Cincinnati during the 2003-04 season.

“For me personally, there’s a lot of memories. I’m not here today without that place, and more importantly, Coach Huggins,” Calhoun said.

For Calhoun, he uses Huggins’ success as a measuring stick for this program.

“I don’t think a lot of people around the country realize what a good coach Coach Huggins is,” Calhoun said. “He has almost 900 wins, he raised 30-some million dollars at West Virginia, he’s taken them to the Final Four and to multiple Sweet Sixteens. They’re a reflection of him. They’re tough. They’re gritty. They have a standard that he holds them to each and every day. But more importantly, the players do. There’s going to be a lot of emotions, but you know how it is. Once the basketball is up, it’s really about the players. They have to go make plays, and we’re looking forward to it.”

The biggest news of Calhoun’s press conference may be that the program is in the very early stages of organizing a multi-team event, or MTE, like the event that YSU attended in New York City.

There isn’t much to report on just yet, but keep in touch with The Jambar as the story develops.