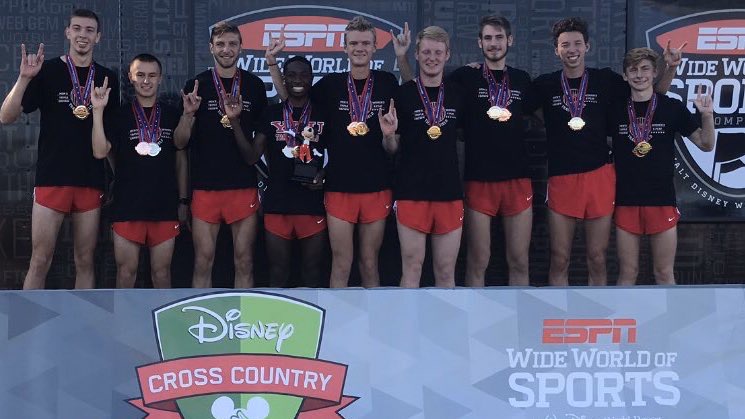 They say that Disney World is “the happiest place on Earth.”

Youngstown State University’s cross-country program proved that as it brought home a pair of championships in the Disney Cross Country Classic held at the ESPN Wide World of Sports in Orlando.

Both the men’s and women’s programs put up dominating performances in their events. The men won by 73 points and the women won by 56 points.

“This is the first time we’ve ever swept anything in 28 years of the program, and to not only sweep, but to sweep Disney World was just probably the most incredible accomplishment we’ve done because it was on ESPN3,” Penguins cross-country coach Brian Gorby said.

“That catapults you into the spotlight a lot more, and recruits are extremely excited about that type of opportunity,” Gorby said. “In the last two weeks we’ve had what’s called a recruiting bump.”

“Recruits are committing or just really excited about doing something like that. It’s a great memory for them,” Gorby continued. “It’s pretty cool to be on ESPN3 and to do that in front of a TV audience at Disney World.”

Since winning in Florida, the Penguins have had two more meets in Pennsylvania and New York.

The women raced at Pennsylvania State University for the Penn State National Open on Oct. 18 and finished in 12th in the 6K. Squatrito was the top performer, finishing at 21:57.2.

The next day, both teams ran in the Canisius Alumni Cross Country Classic at Canisius College in Buffalo, New York.

The Penguin men recorded the top three finishers and five of the top six, claiming the championship. Polman’s time of 25:11.9 is a personal best and the seventh-best 8K time in school history. The women placed 10th, with Charlotte Crouch (19:29.3) posting the best time for the Penguins.

Up next for YSU is the 2019 Horizon League Championships on Nov. 2 held in Highland Heights, Kentucky. The goal, like every year, is gold.

“What we’re trying to do is get ourselves into conversations for championships in two weeks,” Gorby said. “And that’s exactly what we’ve done. We’ve hopefully made a statement and, of course, just credit to these guys. … We’ve been training hard, but our kids are responding at an even higher level.”