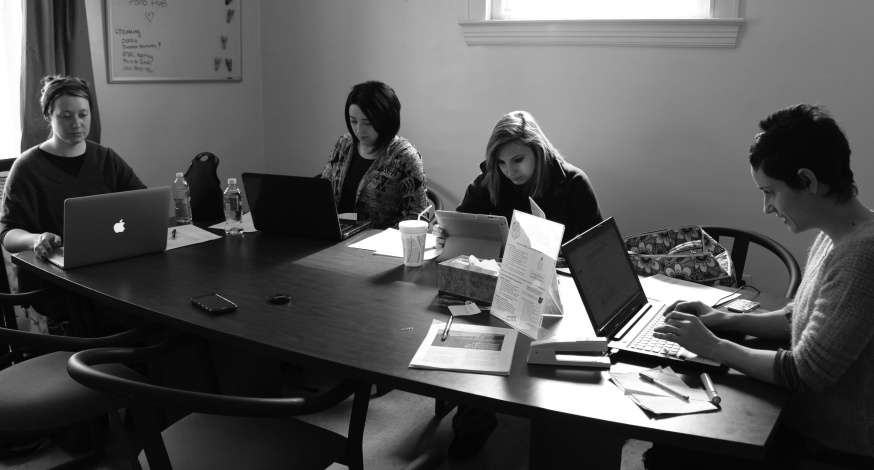 According to the United States Department of Agriculture Research Service buying and preparing healthy meals was a struggle for 14 percent of Americans in 2014. College students in particular fall victim to the joke that Top Ramen constitutes a majority of their diet. While meant to be light hearted, the joke is rooted in the public expectation that twenty-somethings will deal with food insecurity as almost a rite of passage.

Healthy, local eating isn’t easy for people in this area. This is partially due to the general lack of food education, but it’s also because year-round access to fresh and affordable fruit and vegetables in northeast Ohio is hard due to harsh winters.

Gianna Cioffi, project manager for The Lake to River Project, is working hard to change both of these obstacles for the health of the community.

“[Eating healthy food] is a preventative and proactive way to take hold of your health rather than after the fact,” she said. “Building good habits now [is essential] so that diet-related chronic disease doesn’t set in later.”

In order to improve consumer access to healthier food, Cioffi helped organize the weekly Northside Farmer’s Market on Madison Avenue and created a website dedicated to selling local products online throughout the week.

“We really want to see a brick-and-mortar [market] open in this area so that people have constant, daily access to fresh fruits and vegetables,” Cioffi says. “It all goes back to strengthening the local food network, but also promoting health and wellness in this area.”

In order to better research and expand the impact of healthy diets and education, the YSU Health and Nutrition Department assigned three senior interns to work with Cioffi: Jessica Romeo, Allison Shay and Joanne Starkey.

The interns have helped Cioffi write recipe and grocery lists for Lake to River clients and have also researched local chronic health problems, so they can more clearly define the local need for healthy eating cooperatives.

Romeo, author of the heart-healthy recipes, said one of the biggest obstacles to healthier eating is understanding nutrition and putting the effort into cooking and shopping. To alleviate these struggles, the interns have focused heavily on creating healthy shopping lists and recipes for people to use.

“People don’t know where to start,” Romeo said. “They don’t know what to do with their vegetables. They need knowledge and opportunity.”

Shay, who wrote recipes with college students in mind, said the experience with Lake to River has been different from anything else she’s done at her previous internships.

“We’ve never done anything like this, really,” she said. “All the stuff we did was clinical based, where this isn’t.”

While writing the recipes was the practical application of food education for the community, the huge number of chronic health problems was what really compelled the interns.

But the fact that the numbers are depressing makes them important for the future of Lake to River, Cioffi said.

“That’s going to be a huge asset to our organization because it feeds the work that we’re doing,” she said. “If we’re applying for a grant in the future, we can use those statistics to say ‘Here are the needs of this neighborhood, these are the people that we’re trying to reach, this is why we’re trying to reach them, and these are the outcomes that we hope to see by providing this service in this particular neighborhood.’”

The interns’ work and involvement has been positive for everyone involved, Cioffi said.

“This is an important relationship and partnership that we’ve built,” she said. “[The interns are] adding so much to our program and to our project, and in turn they’re getting experience outside the classroom and building their marketability.”

Romeo said she was just glad to be a part of an organization like Lake to River that is focused on helping people.

“I think it’s great to give people the opportunity to get local, fresh vegetables year-round. It’s an awesome thing, and it helps their health,” Romeo said. “Ultimately that’s what everyone cares about, improving the health of our local community.”