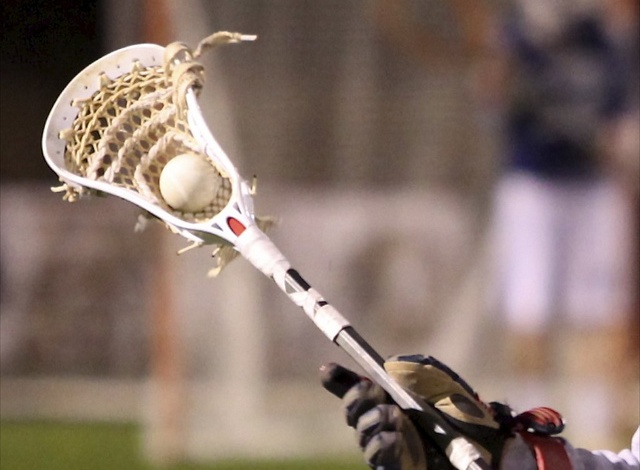 Ashton Paul, a freshman and new player for YSU’s lacrosse team, said that although the sport seems rough, it’s designed to be played with respect.

“While the game is considered to be a little brother to war, they didn’t intentionally hurt each other. They played to honor the creator because it was his game,” Paul said.

Lacrosse is a relatively new sport to northeastern Ohio and is a complex mix of games according to Paul.

“Lacrosse is unlike any other sport,” he said. “It’s a mix of rugby, wrestling, soccer and basketball.”

Shelbie Arnholt, secretary of the lacrosse club, explained that while the sport seems hard to understand, it actually has a simple set of rules.

“When the game begins, the two players basically wrestle to get the ball. From there, the goal is to move the ball down the field and get past the defensemen to take shots on the goal,” Arnholt said. “It’s very similar to basketball, except we have sticks with nets and shoot on a smaller scaled soccer net.”

The YSU team is still in its early stages of development but has attracted a number of experienced lacrosse players.

Tyler Pawlak has been active in lacrosse since he was a 10th grader in high school.

“By my senior year, we had a winning record against varsity teams. Currently, I have the same dream,” Pawlak said. “We are a very diverse group of athletes. ”

Arnholt said the club is expanding with time.

“I like being able to be involved with this club at its forming,” Arnholt said. “I like getting to watch it grow. It’s our first year and I’m really excited to get the season going.”

Gordon Ngo, president of YSU’s lacrosse club, said that he would like this sport to grow not only on campus, but throughout the Youngstown community as well.

“Little kids that come to the games look up to us and want to be like us, so we take pride in showing those kids we care,” Ngo said. “In the summer, we will host a camp for young kids to young adults in high school because my overall goal is to make the sport of lacrosse big in this community.”

The club is open to anyone who knows the sport or is willing to learn.

The club’s website states: “If you do not know how to play, we will take the time to teach you … we look forward to seeing any new players with or without experience.”

Pawlak says he hopes the team will expand and improve.

“We may look odd at first,” Pawlak said, “but I think we’ll impress many this year.”