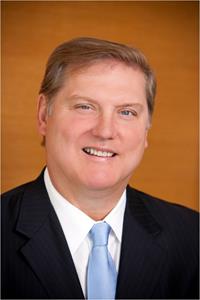 Former Siemens USA Chief Executive, Eric Spiegel, was named as the person who would fill the global trustee position in early June.

According to Youngstown State University’s News Center, the position was created in December 2017 and Spiegel is the first to hold the position. One of the objectives of the position is to advocate for higher education.

Spiegel has some background holding a College Board position — currently being the Executive in Residence at the Crummer Graduate School of Business at Rollins College in Winter Park, Florida and having been on the board of the business college at Dartmouth.

“YSU is a much bigger university so some of the issues and opportunities will be different, but I have quite a bit of experience understanding how colleges work,” Spiegel said.

Spiegel, who is a native of Poland, Ohio, said he was approached by YSU President Jim Tressel and gladly accepted.

“Tressel knew I was interested in doing things to help Youngstown State and he asked if I’d be interested in the position,” Spiegel said.

“Mr. Spiegel has more than 35 years of experience successfully leading complex global organizations; we look forward to his insight, perspective and vision as we continue our work to ensure the success of our students,” Tressel said in a statement to YSU News Center. 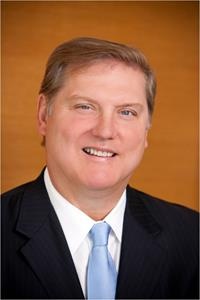 Six of Spiegel’s 35 years of experience were at Siemens USA where he retired in 2016.

Headquartered in Germany, Siemens specializes in industrial electrification, automation and digitalization. Spiegel described the mission of the company as trying to engineer the future of the industrial world.

One of Siemens’ current creations is a privately owned railway system known as Brightline. Currently going from Miami to Orlando, the trains in this railway system are said to travel faster than standard trains.

Spiegel played a part in Brightline, but didn’t choose it as one of the projects he was most proud of.

When he was with Siemens in 2010, former First Lady Michelle Obama formed an organization called Joining Forces, which focused on hiring veterans. Spiegel said Siemens was the first company to commit to the program and they eventually hired thousands of veterans.

“I felt really good about that because so many veterans at the time where struggling to find jobs and job training,” Spiegel said. “I thought that was one of the most powerful things that we did at Siemens while I was there and was very proud to be a part of that.”

Spiegel’s educational background includes a Bachelor’s degree in economics from Harvard University and a Master’s in business administration from the Tuck School of Business at Dartmouth.

“Always challenge yourself and never be satisfied,” Spiegel said “If you do get too comfortable in any one spot, it’s probably time to do something different.”

Other positions Spiegel currently holds include Chair of the Ford’s Theatre Society, Director of President Lincoln’s Cottage and different board positions in different nonprofits in Washington D.C.