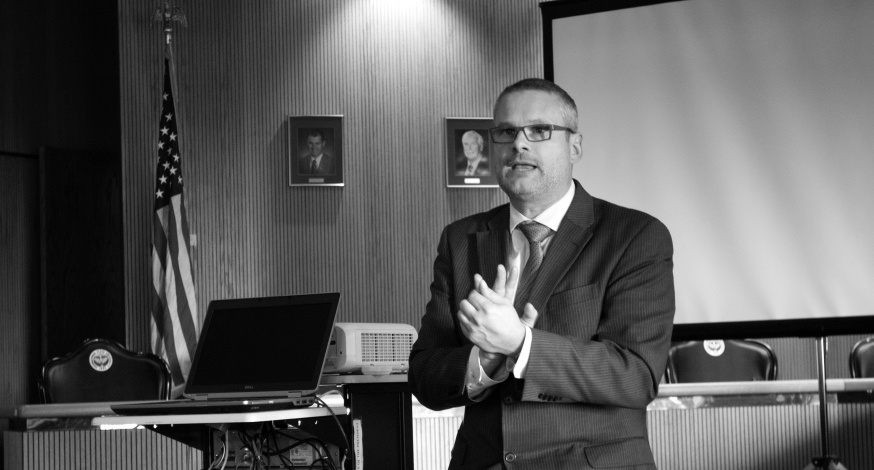 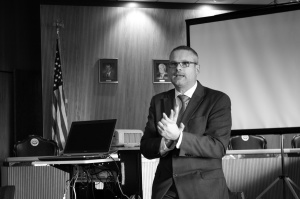 Wim Steelant was named dean of the College of Science, Technology, Engineering and Mathematics last fall. He steps into that role today.

“The shift has been very comfortable,” Steelant said. “I was a dean for five years before this, so I am ready to hit the ground running.”

Gregg Sturrus will be stepping aside as interim dean, a role he assumed when Martin Abraham assumed the role of provost.

Steelant said his list of goals includes increasing recruitment and keeping retention numbers high. He has already attended SOAR events and is engaging with future students.

“I believe that is important,” Steelant said. “Getting students in high school engaged early in STEM and getting them prepared for what is to come.”

He also wants to improve retention, which has been a repeated goal of YSU President Jim Tressel.

Sturrus named increasing the number of grants pending in the college as one of his major accomplishments over the last year and a half.

“I know when I get those proposals, I try to get those done first thing,” Sturrus said. “I know how deadlines work and sometimes the dean step takes a little longer, so that was a positive.”

YSU Provost Martin Abraham said both he and Sturrus have been in contact with Steelant, and everything is proceeding according to schedule.

“I talked to the new dean about some of the things like startups, and other things that are pertinent for the college,” Sturrus said. “He seemed to be on board with it.”

Sturrus said startup money was promised during Abraham’s tenure as dean, and he would like to honor those commitments.

“We are trying to get some stuff done, because we do not want to throw him into things halfway through,” Sturrus said. “New hirings and projects need to get done.”

Changing deans in the middle of the semester, while unusual, was motivated by the high turnover the administration dealt with over the last few years.

“We had three interim deans and three regular deans, and this might have been during commencement,” Sturrus said. “It was apparent to the public that, ‘Wow, that’s a lot of interim deans.’”

The goal was to have a new dean for this semester, but negotiations and scheduling pushed the transition to mid-semester.

Abraham said Sturrus will serve as interim associate dean through the end of June to help with the transition. Stephen Rodabaugh currently serves as associate dean. No other college has multiple associate deans.

“We will have further discussions on how we will configure the college leadership beyond July 1,” Abraham said.

“What blew me away is all the work that is occurring here on campus, everyone is truly extraordinary. I have not seen this happening in most other campuses; most students have gotten internships that are paid right after school, which is incredible to me. I see this in Ohio more than other places, and it impresses me how impressive the students are, and how effective they are at getting contracts straight out of school,” Steelant said.