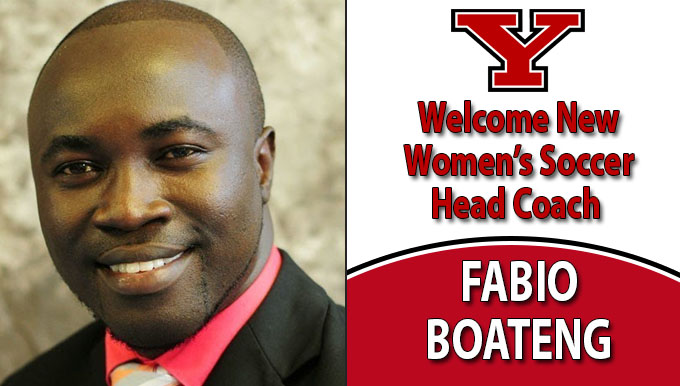 The Youngstown State University soccer team will have a new coach at the helm next season.

Boateng became the sixth head coach in YSU history, and the players have a newfound excitement for the upcoming campaign.

Katie Hackos, a sophomore forward and midfield, is excited for “a new beginning” under a new head coach.

“We have been so close to making the tournament and taking ourselves far in the tournament,” Hackos said. “With everything we have seen from Coach [Boateng], we can see how we would be able to go very far in the Horizon League.”

Shannon Leghart, a senior defensive player, also spoke about the new found excitement in having a new coach. 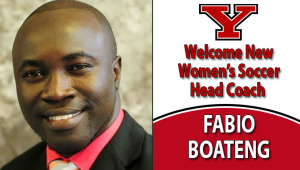 “I think having a new coach helps bring new structure, and also a new system where I believe that we needed a change,” Leghart said. “Our coaches are going to put a lot of new things into our team into [becoming] conference champions.”

Both players were asked about the chemistry and culture of the team since getting Boateng. Leghart said the team is becoming stronger the closer the players are becoming on and off the field. Hackos said the players are starting to develop a team mentality and aren’t focusing on individual success.

“We definitely struggled with having chemistry before [Boateng] came here, and we have been able to get much closer on and off the field,” Hackos said. “We used to be a team that just had individual talent and didn’t play together as a team. That’s very important to be able to win games and championships.”

YSU went 7-11, 2-7 in the Horizon League, last season. Under Boateng, Mississippi Valley State finished the season 13-7-2 and 8-1-1 in Southwestern Athletic Conference play. Boateng talked about his ability to change the culture of this team.

“I took this job because when I was coaching at Lincoln College (PA), they were not very good, and I was able to turn them around in my four years there. Then I went to Mississippi Valley State where, once I got there, the format changed so that each team played 10 conference games, which wasn’t true before,” Boateng said.

Boateng also spoke about the challenges that come with going to a new school after winning at another school.

“For my career, I need this type of challenge for myself,” Boateng said. “The leadership that is around me here is what truly motivated me to come to Youngstown State in the first place.

“In order to build a long time legacy, you have to be in a place for a long time. Everyone that hired me has been here for 10+ years and that means something in this industry. If I am successful here, I can make this place my home if I do succeed.”

Boateng also spoke of the coaching style he uses to make teams better. Boateng said he’s more laid back on the sidelines as compared to most coaches, and he realizes the players are responsible for what happens on the field.

“Once the game starts, I’m just a person on the sidelines. I don’t have a jersey on, and all the work is now on all the players to execute on the field,” Boateng said. “I think I can take this program, with the level of talent we already have, and we can recruit and only get better.”