Student organizations set up booths for activities and snacks, while the attendees gathered around the campus bonfire. Picnic tables to enjoy products from local food vendors were also available.

Stephanie Baker, the event lead for Penguin Productions, said she and the other students in the organization get involved at each level of event planning to host public outings like Fall Fire Fest. 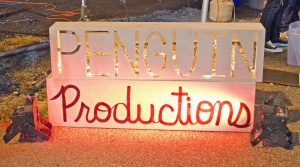 “Our students take a lot of time to research bands and think about what our students would like and who we would like to bring to draw a crowd,” Baker said.

Artelli opened the night’s festivities. He is a member of the Penguin Productions’ talent team and has performed at several other YSU events, including the Summer Festival of the Arts.

“I usually play from hip hop to R&B, to indie [and] to pop, so it’s more about diversity within the music,” Artelli said. “There are artists that people don’t usually listen to, so it’s a lot of new music compared to listening to the radio.”

Artelli grew up in Philadelphia and started performing when he was 12. He is a communications student at YSU and works at Rookery Radio.

“My favorite part is just seeing how the crowd reacts,” Artelli said. “If I see one person moving their feet, I’m satisfied.”

PUBLIC, from Cincinnati, Ohio, will be going on their cross-country tour in October. They host their music on SoundCloud and their EP is available on bandcamp.com. Co-headlining the Fest was Animal Years, a band that started in New York. They released their new single, “Caroline” on May 19. 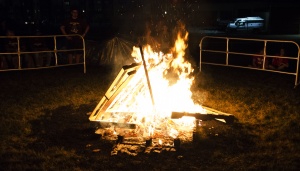 Penguin Productions hosts these artists with the help of a designated hospitality team led by Katie Liebler.

“I make sure that everything they need the day of and the day before is taken care of and is set for when they arrive,” Liebler said.

Liebler’s team needs to negotiate contracts with the performers as well to ensure all parties are satisfied. At the event planning level, it is the job of operations lead, Jenna Parkany, to create a layout for the event space.

“[I work] with departments on campus, grounds, parking, athletics, having all those contacts come together to create the event,” Parkany said. “I’m that middle man between our committee and those contacts.”

With the Fire Fest behind them, Penguin Productions will be focusing their efforts on spring’s Federal Frenzy, an all-day event highlighting music, food and the arts in downtown Youngstown. 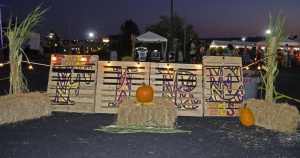