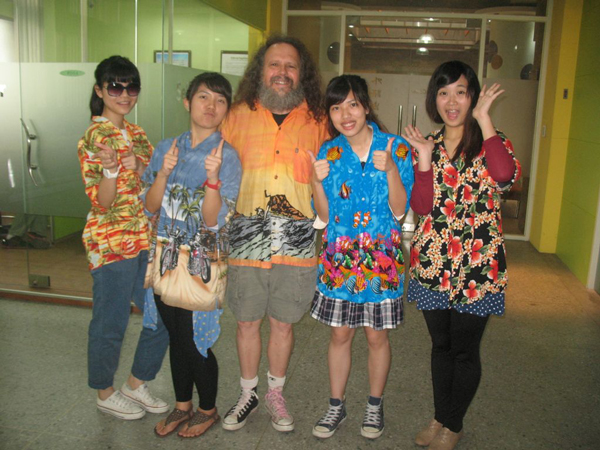 Raymond Beiersdorfer,
also known as “Dr. Ray,” has taught geology at Youngstown State University for the past 20 years and has taken a new perspective on the study of rocks.
As a native from New York City, Beiersdorfer attended Queens College, University of New York and was originally an economics major who contemplated going to law school upon graduation.
It wasn’t until Beiersdorfer enrolled in his first geology class that he discovered his love for the subject.
“I absolutely loved [geology],” Beiersdorfer said. “I started out taking one geology course, and then that course lead to enrolling in another and another after that.”
Beiersdorfer said that he originally went to college to keep from having to get a job.
“I like to go against the grain sometimes,” Beiersdorfer said. “I saw all my friends working, and I stayed in college to avoid getting a job like they had.”
After graduating with a Bachelor of Arts from Queens College, Beiersdorfer went on to receiving his Master of Science and doctorate in philosophy from the University of California at Davis.
For the past 20 years, “Dr. Ray” has taught Geology courses at YSU and is known to take a unique spin on the subject.
“I thought I’d be perfect for this place,” Beiersdorfer said. “I came from a middle class family, so I know what an area like that is; I love it.”
Beiersdorfer said his first semester teaching at YSU was not as successful as he thought it would be.
“People wouldn’t go to class,” he said. “I needed to get students motivated and excited, so a lot of the zany things I do is to get kids excited and want to come to class.”
Since then, Beiersdorfer has added class projects such as “Geology Rocks,” which has students creating a song about any aspect of the rock cycle and performing it in Kilcawley Center at the “Geology Rocks” concert.
Beiersdorfer said he always participates in “Geology Rocks” with the students.
“I sing a version of ‘New York, New York’ called ‘Mica, Mica,’” he said. “I like to merge the arts and sciences together.”
Sophomore criminal justice major, Amanda Sweeney, has Beiersdorfer for her geology class.
“I love his class,” Sweeney said. “It’s very involved and has a great deal of hands-on learning.”
Besides teaching, Beiersdorfer has traveled to 8 times China to study, filmed a TV show with his good friends, Penn and Teller, produced an off-Broadway play — with half of the cast being YSU students — and worked for NASA for 7 years.
“I worked with a soil mineralogist and developed synthetic soils to grow crops on the moon and mars,” Beiersdorfer said. “But Bush and Cheney cancelled the project.”
One thing that Beiersdorfer appreciates in his spare time is music. He recently saw the rock band Muse in Pittsburgh with one of his twin daughters, Crystal, and has seen Bruce Springsteen 45 times.
“One of my friends got to meet him when he came to Youngstown,” Beiersdorfer said. “Someday I’ll meet him.”