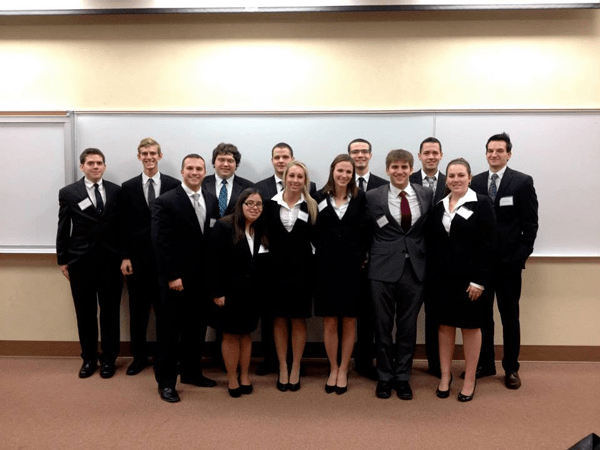 The Youngstown State University moot court teams received first and second place in the Midwest Regional Tournament on Nov. 22-23 at the College of Wooster.
The winners of the two teams were YSU students. Catie Carney and Jacob Schriner-Briggs won first place while Sean Varsho and Mike Goldtwait came in second.
Moot court is a competition that simulates US Supreme Court proceedings. Teams, consisting of two students who act as lawyers, debate predetermined constitutional issues before a panel of judges.
Carney competed on Team 102 with teammate Schriner-Briggs. The team has been preparing for the competition since May, when their case problem was first published.
“We got to practice at the Seventh District Court of Appeals through the semester and present our arguments in front of practicing attorneys and judges,” Carney said.
Paul Sracic, professor and chair of the political science department, advised the team this year and Ronald Slipski, a local attorney, is their coach.
Lindsey Harrison, a YSU moot court competitor and student, said the team owes their success to Slipski.
“He is the heartbeat of our moot court team, and none of us would have been able to accomplish what we did if it wasn’t for him,” Harrison said.
Twelve universities participated in this year’s competition at Wooster. Out of all of the teams, two YSU teams ranked first and second. Two other teams also made it to Round 16.
Three YSU students were ranked in the top orators category, including: Jacob Schriner-Briggs in fourth place, Lindsey Harrison in fifth place and Phil Sarnowski in tenth place.
“The real victory was making it into the final round and seeing another YSU team as our opponents. Since May, our goal has been to make it far into the regional tournament, and having two YSU teams compete in the final round was absolutely surreal,” Carney said.
Three teams from YSU will now go on to compete in the national competition, taking place in January. The competition will be held at the Sandra Day O’Connor College of Law in Tempe, Arizona.