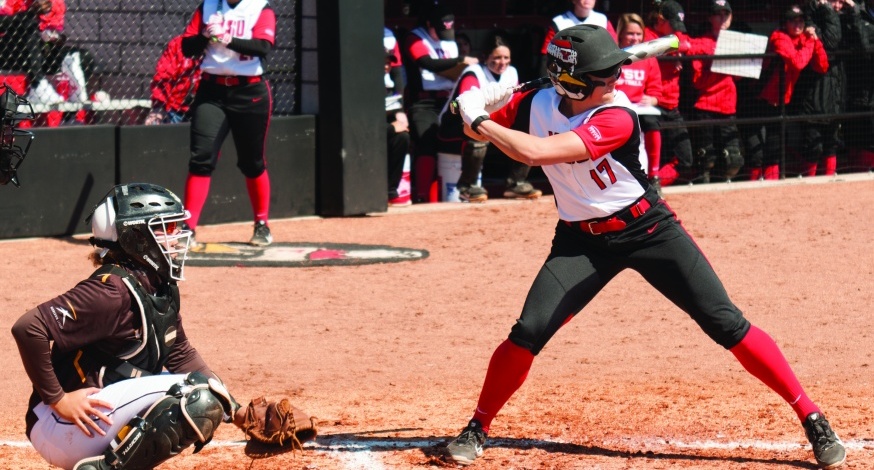 The 2016 season was a memorable one for the Youngstown State University softball team. The squad finished up the year with a winning record of 30-21 with a 15-7 Horizon League record.

For senior Miranda Castiglione and sophomore Cali Mikovich, the season was even more special after they were named to First-Team All-Horizon League. Despite the individual achievement, Castiglione still gives all the credit to her team.

“There would be no award if it weren’t for the team. These are added bonuses I am grateful for,” Castiglione said.

“I was nervous as a freshman especially playing Division I softball. I never knew I could compete at this level,” she said. “I am now more comfortable. Even though this sport is a completely mental sport, I still have the teammates that always have my back.”

Mikovich said she is excited for what is to come next season. She said the team improved its chemistry throughout the season and most of the players from this season’s roster are coming back next year.

She said there were five freshmen starting in the fall, and she is very hopeful that the team can win a championship before her career is done.

As for Castiglione, a senior, her softball career has now ended as a player. She wants to get into coaching, because she does not know what her life would be like without the sport. She is returning in the fall to get her Masters Degree, and she’s hoping to stay with the team and offer any support possible.

Mikovich said balancing academics and playing a sport as a Division I athlete can be difficult.

“Balancing school and sports is very difficult. Choosing a major in an area of interest is very difficult,” Mikovich said. “I need to make sure I put as much effort into softball as I do school. I am thankful that I am in a major area of study that I enjoy.”

Castiglione is no stranger to this award. She has been named to the First-Team All-Horizon League three times and no other player in the school’s history has done so. She batted .439, while Mikovich batted .389.

“Through the entire season, everyone had the same goal in mind, but we still figured out a way to have fun,” Castiglione said. “It is a young team, so there still is a lot of hope for this team in the years to come.”