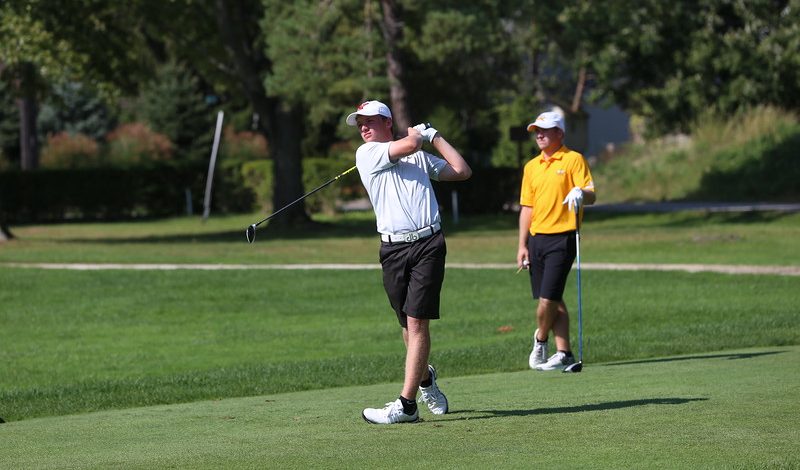 The Youngstown State University men’s golf team finished first out of the 17 teams participating at the Towson Spring Invitational in Grasonville, Maryland. Five out of the six Penguins that made the trip placed in the top 15 at the tournament.

During the two-round contest, sophomore Kevin Scherr shot a 75 in round one, followed by a 72 in round two, placing him tied with sophomore teammate Zack Ford for ninth place overall.

“It was a fun tournament going into it,” Scherr said. “We were one of the favorites and a lot of other teams were speaking of us to win the tournament. But, we had a good lineup and a lot of chemistry. We had a lot of fun in the practice rounds, as well. The weather was perfect and the course was in great shape.”

Scherr, Hughes and Keller have competed in all nine tournaments for the Penguins this season, while Jason McQuown in eight of the nine. All are expected to be big factors once the Horizon League Championship tournament begins on April 21.

“I think everyone is expecting to finish near the top of the leaderboard,” Scherr said. “I know one of my keys for playing good is playing from an individual standpoint, just trying to finish the best I can. I know everyone else is going to do the best they can. If you just stay true to yourself, it will fall into place like it did.”

The chemistry Scherr mentioned is a very welcomed sight for coach Tony Joy, especially looking ahead with such a young roster.

“The future looks good,” Joy said. “It’s been competitive amongst the kids themselves. They all know that, which is why I think their games are stepping up because they know if they want to be on the traveling team, they have to play well.”

The team will travel to Athens, Georgia, for the final regular season tournament on Sunday,  with the tournament beginning on.

Following the Southern Intercollegiate in Athens, the team will fly back to make final preparations before flying with the women’s golf team to Orlando, as the conference championships begin on April 21, which happens to be Easter Sunday.

“To me, it’s just another tournament that I’m trying to play well in,” Sherr said. “Everyone’s ready and once we get through this next one, I don’t think there’s any doubt that we’re not going to play well.”

“This is an exciting time of the year not only for Youngstown State University fans, but for the athletic department as a whole,” Joy said. “Both the men’s and women’s golf teams will take part in the Orlando conference championships. If both do well, or both win, it looks great for the entire area of Northeast Ohio.”

Men’s and Women’s Basketball Near End of Regular Season

YSU Softball Off to Hot Start