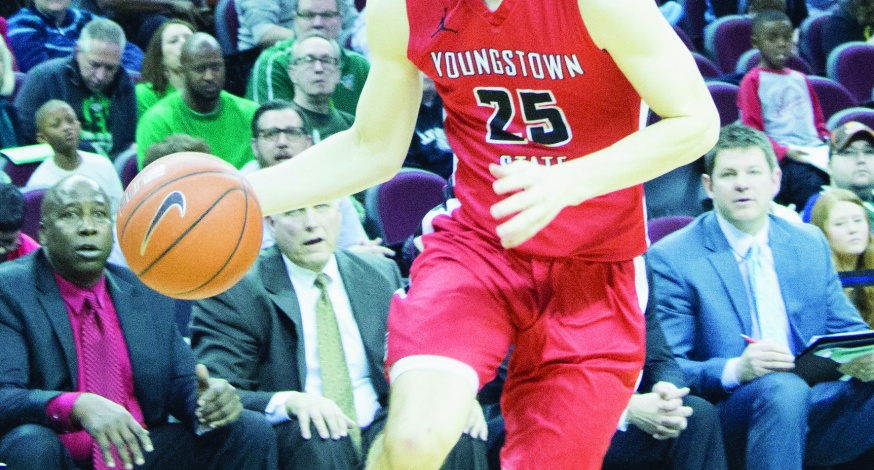 The Youngstown State University men’s basketball team will start its longest home stand of the season on Thursday, and the timing couldn’t be better.

YSU is coming off a 97-68 loss to Valparaiso University on Saturday. YSU head coach Jerry Slocum said Valpo was “just better.” But the Penguins think the four-game home stand could help the Penguins play more consistently.

YSU will have to overcome poor performances at the Beeghly Center this season. The Penguins have a 4-4 record at home, but YSU is 1-2 since the start of Horizon League play.

“Sometimes we come out lethargic, like [against] Milwaukee, and other times like Green Bay we come out really focused,” YSU guard Jordan Andrews said. “We have to learn how we played against Green Bay and [play like that] every time — be focused, be prepared and ready to go at the tip.”

The Penguins have won two of their last three games, and Andrews said the timing of the home stand could improve the confidence of YSU’s young roster.

“Two out of the last three is a great confidence boost, and now you get to come to your own court,” Andrews said. “You’re comfortable here, you play all the time — its just good to get back in here and finally be back with the fans and everybody that supports you.”

The Penguins won their first game against Oakland on Jan. 4. YSU came away with a slim 100-98 at Oakland.

YSU is preparing for another high-scoring game with the Grizzlies. Both teams play an up-tempo style of play.

“I feel like our defense has gotten better, but the way Oakland pushes the ball and gets up and down in transition,” Andrews said. “It will be up-tempo, because it’s the way we both play.”

Slocum said YSU is focusing on the team’s performance at home and stressed the importance of playing well against conference opponents while at the Beeghly Center.

“We need an effort like the one we had against Green Bay. These teams are coming in that are really, really good. You could play really good in this league and lose games,” Slocum said. “We need to come out and have a lot of intensity against an Oakland team, that obviously is going to have a little bur up their saddle about their last game against us. They’re really good, and they’re capable of winning it with the talent level that they have. We’ve got to come out fighting and we’ve got to come out playing hard and well to have a chance to win this home stretch.”