This November residents of Youngstown will vote for a new mayor. Four candidates have made their way to the frontline in competition for the position.

Sean McKinney, Jamael Tito Brown, Janet Tarpley and Cecil Monroe are the four candidates Youngstown will have to choose from. 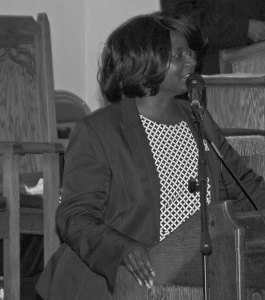 An independent runner, Tarpley served as the city’s sixth ward city councilwoman. In an open forum held by WFMJ, Tarpley said she is a “lifelong resident of Youngstown.” Attempts were made to reach Tarpley for comment. 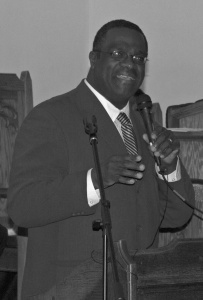 Higher Learning Church in Youngstown is where Monroe serves as senior pastor. He has run for mayor previously in 2009 and again in 2013. In an open forum Monroe stated he served under Mayor Jay Williams, Mayor Chuck Sammarone and Mayor John McNally. He is also running as an independent in the current race. 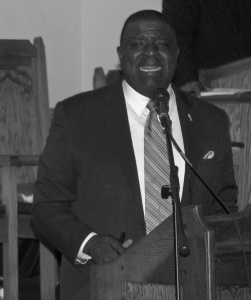 In May of this year Brown beat current Mayor John McNally in the Democratic primary election by over 400 votes. Born and raised in Youngstown, he believes he is prepared to take on the role of mayor of Youngstown.

Brown graduated from The Rayen High School and then from Youngstown State University with a bachelor’s degree in criminal justice and master’s degree in clinical counseling. He is a husband and a father of four.

He said, if elected mayor, the top three things he plans to work on are jobs, safer and brighter neighborhoods and reinvesting in our youth, senior citizens and parks.

Brown plans to put together a recruiting marketing team that will go out and look for jobs. He said this team will be responsible for going out into the community, as well as venturing to different states and traveling internationally in order to recruit and market for Youngstown.

Adding to his second focus, safer and brighter neighborhoods, Brown said residents should feel safe in their neighborhoods. He plans to increase community policing so citizens can know their police.

For his third focus, Brown states it is important to have parks around the city and on each side of town. He also emphasizes an importance in our senior citizen’s well-being as well as our youth.

“Growing up I had a lot of individuals who invested in my life. I was raised in a single parent home; my dad was in and out of prison. But it was because of people like Sonny Johnson, who was at the community center where I spent many days and nights. I learned discipline, I learned teamwork and he instilled being a great citizen in me. I want to make sure we continuously reinvest in our youth,” he said.

Brown has held several elected positions in Youngstown such as president of Youngstown city council, third ward councilman and a member of the Board of Education.

If elected mayor, Brown said he will work with YSU and wants to put together an economic advisory team.

“That’s where businesses, non-profit institutions, Youngstown State, we all [meet] at a table talking about how to work as a team. I want to make sure under my administration that we include Youngstown State students in city hall activities as well as employment,” Brown said.

Brown said his job as mayor will be to put the citizens and voters of this community first. 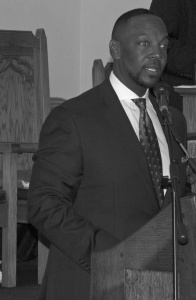 A 1990 graduate of Campbell Memorial High School, McKinney was born and raised in Youngstown, growing up on the city’s Eastside.

McKinney is running as an independent candidate in this mayoral race. McKinney said he has over 22 years of experience.

“[I have] 11 years in corporate America and 11 years in city government,” he said. “I started out at Cleveland International Airport, back in ’95-’96. I used to work with a company called Aerotech based out of Maryland and I worked with Sears as a district manager, where I covered the states of Ohio, Pennsylvania and West Virginia. I did that until September of 2006.”

“I also have held fiduciary duties as our chief of staff, so that covers all of our 32 different departments within the city. I have also been economic development project manager, department of energy. I’ve done a lot from 2006 until 2017 when I resigned to run for mayor,” he said.

“I really feel that education is the key to success, for our children for the city of Youngstown,” he said.

Second is making Youngstown stronger and safer with the police departments and fire departments. McKinney said when he is in office he will begin a cadet school, with young children. They will team up with city schools and the police department. The ages will be from 10-18. He also plans to have every officer, at least every day or a few times a week, hand out two cards per day. The cards will be a way of obtaining citizen’s names and phone numbers. He said this will be a way to communicate with the community.

Third on his list is quality of life, which includes plans to bring in new grocery stores to Youngstown. The last three points on his platform plan are business development, infrastructure and neighborhood development.

McKinney said he plans to continue to work directly with YSU. He also commented on how to get children in Youngstown on the path to college.

“How do we keep our young students here inside of Youngstown? Business development and economic development is critical,” McKinney said. “One, I think it starts at home. Two, it starts out in our schools – that’s why education is so critical in Youngstown City Schools. Our children need to see something different.”

Because he is running as an independent democrat, McKinney said he feels he can reach areas others may not be able to reach.