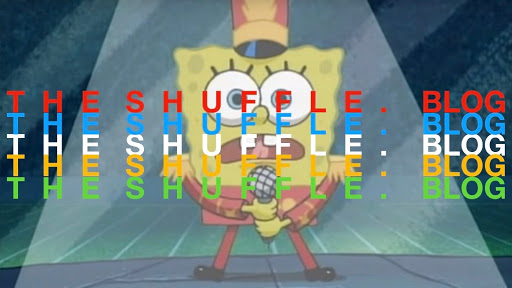 This year’s Super Bowl halftime show was an extraordinary waste of potential. The NFL chose Maroon 5 as the headlining band of the “biggest concert of the year,” so they say. After the expected backlash of enlisting Maroon 5, the NFL was forced to add some type of diversity into the halftime show. The NFL called upon Cardi B to co-headline with Adam Levine and the gang, but she declined stating he was siding with Colin Kaepernick in protesting the Super Bowl (even though she was there in Atlanta performing a concert and was in a Pepsi commercial that promoted the Pepsi Halftime Show). Their next phone call was to Travis Scott who just dropped the biggest rap album of the year, but that wasn’t enough. The people wanted Atlanta rappers! So, the NFL pulled their last string and brought ATL legend, OutKast member, Andre 3000… wait, it wasn’t Andre 3000?

Who did they pick?

Big Boi? Who the hell is Big Boi?

So… this is what happened. Maroon 5 kicked things off with “Harder to Breathe.” With Adam Levine being a judge on “The Voice,” his vocal performance was shaky all the way through the show, but it was the most noticeable during the first five seconds of the opening song.

Maroon 5 kept playing songs and Levine kept being pitchy but then, it happened, “Sweet Victory” by Spongebob Squarepants took the stage. There was a petition online that 2 million people signed to have Spongebob play during the halftime show and it almost happened. Travis Scott decided to use the five second triumphant trumpet intro to start “Sicko Mode,” I thought it worked perfectly but the internet was not happy about the tease.

Travis Scott slayed “Sicko Mode” after falling from an asteroid and crash landing in Mercedes-Benz Stadium. He did one track and one track only, then crowd surfed his way out of frame. La Flame was never seen again.

After the rocked out version on “Sicko Mode,” Maroon 5 destroys the momentum of the show to play their slow moving track, that should’ve had a Cardi B feature but didn’t, “Girls Like You.” With Cardi B “protesting” the Super Bowl, Levine enlisted the work of an Atlanta chorus, which is great in theory but horrifying while in action. For some reason, the lead singer of the chorus decided to scream her way through the song. The notes she attempted to hit landed way flat and were ear piercing and scarring.

Maroon 5 slowed down the halftime show even more with another poppy love song, “She Will Be Loved.” The performance of the song might have been Levine’s best vocal performance of the night. And the drones spelling out “One. Love.” is a great touch.

As soon as Levine hits the last note, we are swept away and confused by the jarring change of musical styles. It’s finally time for the ATL to shine! Big Boi rolls up in an old school Cadillac, steps on stage in a fur coat and jumps into “The Way You Move,” an OutKast classic and that was it. No hoopla, no flare and no problems. Now that the NFL “honored Atlanta’s musical history” they can get back to hot and sexy Adam Levine.

Maroon 5 steps up the energy and finishes with the poppest of poppy song the world could ever thrust into exists. Levine, who has slowly started to undress himself, is finally in his shirtless, sexy, bare-chested, overly-buff, sweaty, tatted form. As the girls “ohh and ahh,” the band breaks into “Moves Like Jagger.” With a shirtless Adam Levine and a song about dancing like one of the most legendary sex-symbols in rock n’ roll, it made the Super Bowl halftime show very uncomfortable to watch and etched this one in the lose collom for the NFL.

In a perfect world, this is what should’ve happened. It’s time for hip-hop, as a whole, to finally have it’s time in the sun. Hip-hop and rap have become the most popular music genre and it’s blatantly obvious. The home for Super Bowl LIII is quiet arguably the mecca of hip-hop.

My idea is, the NFL should’ve done a “History of Atlanta Hip-Hop” filled with a medley of songs from hip-hop legends. For instance, the NFL could start with Kris Kross’s “Jump” because that’s the greatest party starter song of all time. Following Kris Kross we transition into OutKast and Goodie Mob. OutKast does “Hey Ya!” and Goodie Mob hits the piano intro of “Cell Therapy” and the finishes up with the chorus and the entire crowd singing, “who’s that creeping in my window.” Then all of a sudden, you hear “YEAH! WHAT! OKAY!” Lil Jon, Usher and Ludacris step on the stage and blows the roof off with “Yeah!” Following the ruckus of Lil Jon, we slow things down with some T.L.C. The remaining members emerge on stage and a literal waterfall come out of nowhere as they perform … “Waterfalls”. That concludes the first chapter of ATL hip-hop.

The second part of the halftime show starts with one of the biggest hip-hop songs of this millennium. If you’re a twenty-something, you’ve definitely did the dance and secretly love this man. Soulja Boy hits the stage with a loud “YOUUU!” and everyone breaks out into “Crank That.” It sounds lame but if you saw it, you’d love it. Following Soulja, Waka Flocka Flame bumps to his trap classic, “No Hands” for a verse and a chorus. The NFL keeps the heavy hitters come with Future playing “Mask Off”. After this show they’re going to need new bass speakers because Mercedes-Benz Stadium is going to turn into a nightclub. Once Future takes his mask off; Donald Glover puts his mask on. Childish Gambino hits the Super Bowl crowd with “This Is America.” To completely wrap up the “History of Atlanta Hip-Hop,” we have to leave it with the biggest group in the game. Quavo, Takeoff and Offset put a Versace cover bow on the Super Bowl halftime show with “Walk It Talk It.” This song also gives the opportunity of a Drake cameo as well since he is a feature on the track.

This years Super Bowl LIII halftime show missed out on so many things. From mending a bridge between the black community and the league offices, honoring Atlanta music, making an entertaining show and showing NFL fans that the NFL isn’t the “No Fun League.”

Instead of being Hotlanta, the show was lukewarm at best.

When We All Fall Asleep, Where Do We Go? 👏 ALBUM 👏 REVIEW

April 12, 2019 Jambar Contributor Comments Off on When We All Fall Asleep, Where Do We Go? 👏 ALBUM 👏 REVIEW

Take Me To Church, Ye

March 29, 2019 Jambar Contributor Comments Off on Take Me To Church, Ye

Me, Myself and Pokémon

March 11, 2019 Jambar Contributor Comments Off on Me, Myself and Pokémon