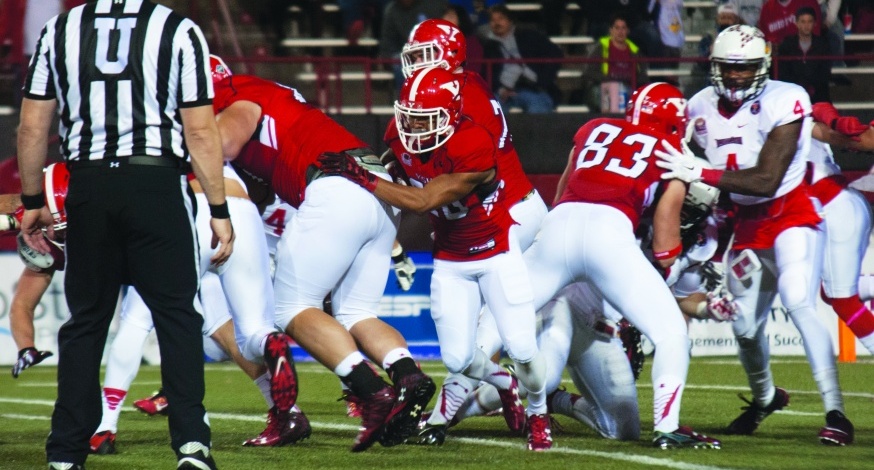 The Penguins will participate in another matchup between two of the top programs in the Missouri Valley Football Conference as #11 YSU will face another top-10 football team on Saturday when they host #7 South Dakota State University.

South Dakota State [4-1, 1-1 MVFC] has one of the top quarterbacks in the Football Championship Subdivision. South Dakota State’s Zach Lujan’s 1244 passing yards is 25th in the nation and second in the conference.

YSU [3-2, 1-1 MVFC] will have a game plan for another possibility of playing two quarterbacks. Starting in place of an injured Lujan, freshman Taryn Christion has played in one game this season, a 24-7 win over Indiana State University last week, and was named the Missouri Valley Football Conference Newcomer of the Week and the STATS National Freshman of the Week.

There is a possibility that Lujan could start against YSU, and the Penguins have been game planning against both quarterbacks this week. Lujan is a pocket passer who is limited in his ability to run but can throw the football down the field. Christion is a mobile quarterback who can buy time with his running ability and struggles on down field throws, but he can throw the ball efficiently. Christion compiled 321 total yards, 221 passing yards and 101 rushing yards, during his only start of the season last week.

“You only got so many hours in a day and so many things to prepare for and it’s just part of the deal. You have to, like I said, have your game plan going in, and prepare to adjust according to what they’re doing. So you have to prepare for a little bit more.”

The Jackrabbits defense is one of the top defenses in the Missouri Valley Football Conference. South Dakota State doesn’t have one dominate player on the defensive side of the ball. Eight players have accounted for the team’s nine sacks, and South Dakota State has intercepted four passes, all by four separate players.

“They’re kinda similar to what we saw last week in some ways, but they’re going to do what they do and try to execute it at a really high level,” Pelini said. “I think they kinda flood the box at times. Some times, they’ll play a little softer, a little more two high. It depends on how they see a particular offense. I think our guys have a pretty good handle on what they do, but you always got to be prepared for them to do something a little bit different.

“Their defense has always been tough, but I feel like we could still do what we always do — run the ball,” Stubbs said. “We could still pass the ball [with] play action and get the ball into people’s hands in space.”

Pelini said YSU played hard in its loss last week, but the team had opportunities to capitalize but were unable to execute in critical situations. Pelini went on to say the team could still be one of the top teams in the conference, but they need to become more consistent.

“We didn’t play well enough to win,” Pelini said. “We had our opportunities, and we’re a work in progress, and [we] got to get more consistent in some areas. I still think we still have a chance to be a good football team if we keep making some progress.”