Youngstown State University will be continuing major renovations to Ward Beecher Hall this summer, a project that began with the north side of the building last May.

The university will be modernizing the restrooms, lights and flooring on the south side of the building.

Among the changes will be the remodeling of the third-floor biology suite. Biology professor Chet Cooper said the labs are styled from the mid-’60s or, 70s, so they are certainly in need of an update.

“The infrastructure is old and outdated and inefficient for some of the things the group of us want to do research-wise,” he said. “In order to train undergraduate and some graduate students in modern biology, we need a modern laboratory.”

Cooper said he was pleased to hear that the lab space would be getting its overdue update.

Rich White, director of planning and construction at YSU, said they plan to open up the space by lining the corridor with windows. He said people who walk by will be able to see the activities going on in the lab.

“When you walk down the corridor, it’s [going to have] windows in it and you can see what’s going on, you can see the activities.”

This is one of several major projects the university plans to tackle before the fall semester.

One of the top-priority projects is a $1.7 million update to the Beeghly Center Natatorium. White said the deck surrounding the pool has started to rot away due to moisture and the coating is wearing off from the bottom. He said they also plan to replace the filter and add a surge tank to the outside of the pool.

Ryan Purdy, YSU women’s swimming and diving head coach, said it means a lot that the university is working to make their program and facilities as good as they can be.

“They’re adding some upgrades that people won’t necessarily be able to see, but it will make it a more efficient pool, a cleaner pool, a little bit more updated and we couldn’t be happier,” Purdy said.

White said not every problem at YSU can be fixed immediately due to deferred maintenance restraints. 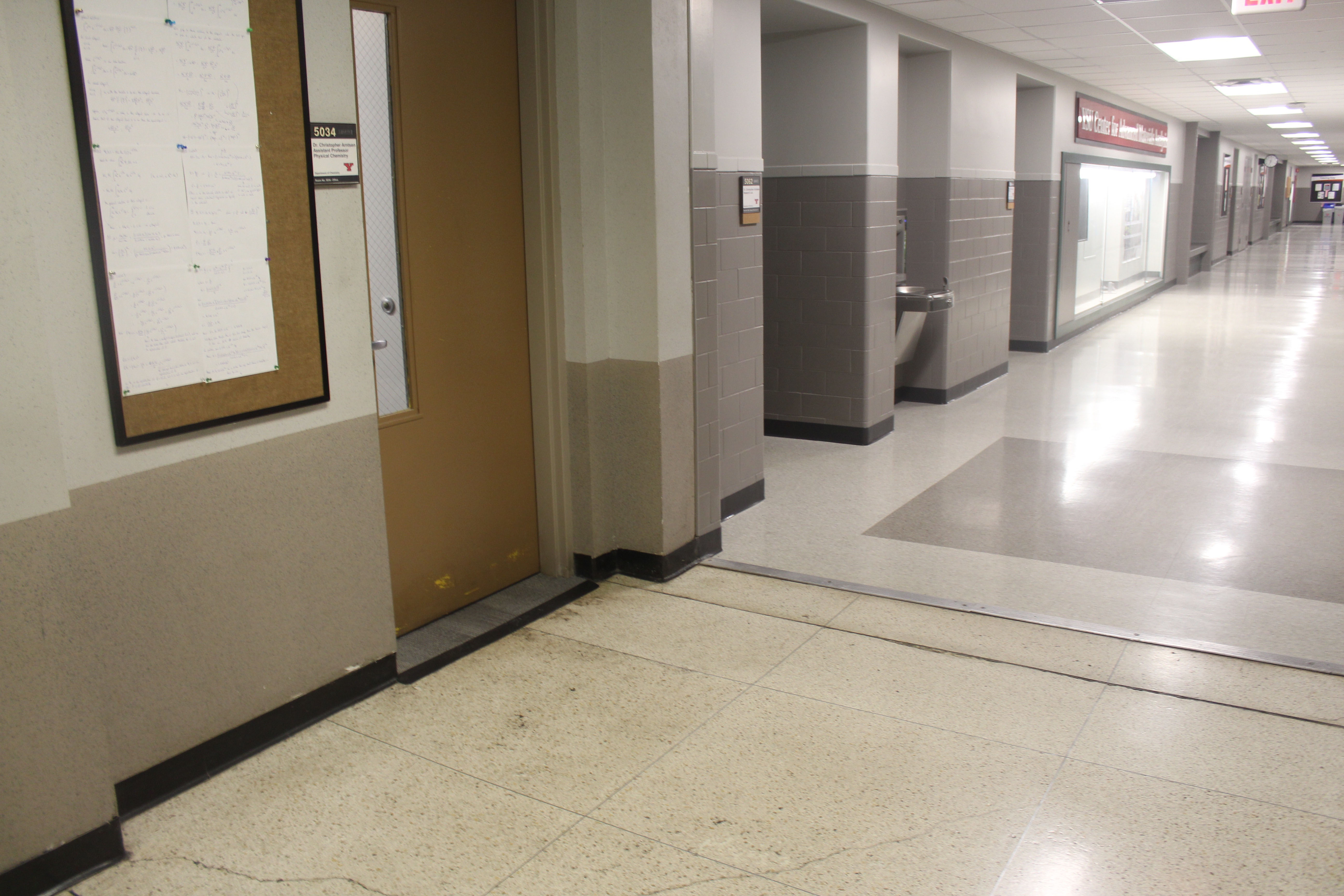 r don’t have the time to do, so you put it off,” White said.

He said there is about $220 million in deferred maintenance at YSU. The university typically receives about $11 million to work with every two years, so it is impossible to fix every problem on campus at once.

“You can only spend a little bit of money on each thing to try to take care of it and you’re essentially fighting fires,” White said. “When you have as many buildings as we have and so much needs to be done, the amount seems to grow bigger than smaller.”

John Hyden, associate vice president of facilities maintenance at YSU, said while the amount seems high, it is common for universities of its size.

“All universities experience [deferred maintenance] and most of them probably to a bigger degree than we are,” Hyden said.

The university received $10.5 million for two years to cover deferred maintenance. As the university runs on these funds, White said they need to find a balance between what needs to be done to stay operational and what makes facilities more aesthetically pleasing.

Hyden said this pushes certain projects back that are planned for the future, such as the Moser basement. He said they would like to make it more appealing, but it is functional.

“We might leave some of that flooring because you have some of your heavy labs on those first two floors, so how much machinery do you want to be dragging out of those labs tearing up nice tile floors? It needs to be a little bit more of an industrial setting,” he said.

Summer renovations will also be done to the lower levels of Lincoln Building and Jones Hall. Records will be moving to the second floor of Meshel Hall to provide more space for international students in Jones Hall.

The university also plans to make repairs to the parking decks and removing utility lines along the east side of Wick Avenue.