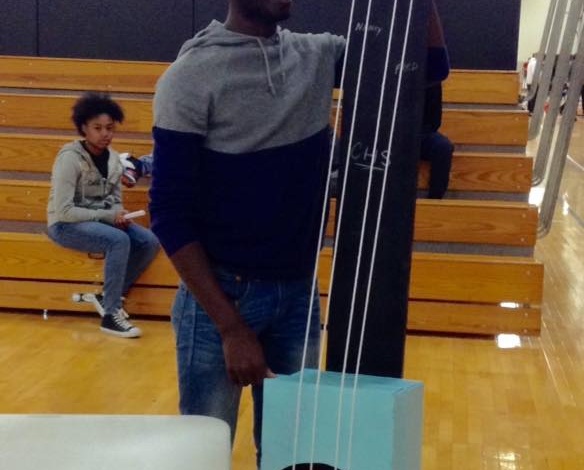 Cynthia Smotzer, professor of physics at YSU, organized the Physics Olympics. She has coordinated the event for the past five years.

“The physics Olympics began in 1978,” Smotzer said. “It brings together high school physics students competing in 12 events that show how they have applied basic physics principles. The schools come from Columbiana, Mahoning and Trumbull counties in Ohio and also from western Pennsylvania.” 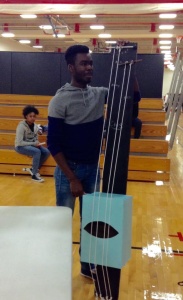 “Things happen such as a rubber band breaks, a wheel sticks or something breaks, and they figure out how to fix it,” Smotzer said. “They are immersed in the scientific process and are part of a scientific community.”

Eamon Moore, sophomore at Farrell High School, has been part of a robotics team at his local high school and was interested in attending.

“The way that I got involved was my second period class is robotics from the same teacher and since he has two other physics classes we ended up joining up,” Moore said.

Robert McMurdy, another sophomore from Farrell, was also interested because of the robotics team and the chance to team up with Moore.

“I was actually the only one who originally wanted to be on the robotics team, but Eamon joined after me, and I think he enjoys it now,” McMurdy said.

Caleb Hineman, a junior from LaBrae High School, was excited about building his transcript. Caleb was joined by two other LaBrae seniors, Haley Davies and Emily Engler.

“It’s an option at our school to take a science,” Hineman said. “Not everyone takes it, but it really helps with your transcripts, and we didn’t exactly know what we were getting into, but we knew it would be educational.”

He said he wasn’t supposed to be in physics but was assigned to it by accident.

“I found out they had an art competition,” Hineman said. “Which is the major I want in college.”

The students participating in the events were challenged to use ping pong catapults, build a house of cards and even bounce eggs. During the egg bounce, they dropped eggs from a ledge and attempted to prevent them from breaking by building protection for them.