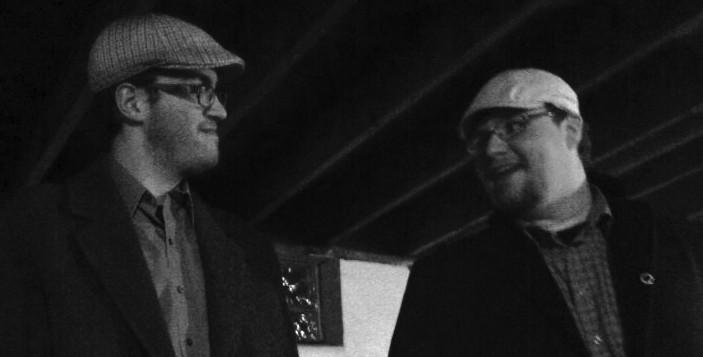 As I sat down to compose this goodbye letter, I heard the faint sound of a sheep’s “baah” emanate from the other room. I turned to Liam Bouquet, who was sitting beside me in the conference room, his familiar flat top hat resting atop his head. He smiled and responded to the animal sound; “Ah, I have an email,” he said.

Yes, Liam is in fact notified of an incoming email by the sound of a sheep baah-ing. While this anecdote might elicit a chuckle or two, it serves a much greater function; it embodies the very soul of The Jambar — the essence of our close-knit Jamily. So, on the off-chance that someone other than a Jambar staff member happens upon this piece, I’ve fulfilled my obligation as a journalist and provided this unknown someone with the context needed to understand the following letter.

For the past three years, I’ve probably spent more time typing away in The Jambar’s conference room than I have sleeping in my own dorm room. And during that time, I’ve learned a lot from a lot of different people.

During my first year, Chris Cotelesse taught me to stick it to the man, while Justin Carissimo introduced me to the fundamentals of frizbox. Later, Josh Medore shared his incredible insight on the art of growing a beard, and Cassy Twoey indicated that the word indicated should always be avoided.

Then I took over as a sort of leader here at The Jambar, and I took full advantage of this newfound leadership, implementing some pretty impressive changes to the university — changes that will extend far beyond my tenure as a student. Though I’d love to provide you with a full list of these achievements, I wouldn’t want this letter to rival the length — or the boringness — of a Liam Bouquet editorial. So, I’ll just remind you of a few of the many amendments I made to YSU: Amanda Tonoli now goes exclusively by Salamanda, and everyone entering the newsroom now genuflects to The Jambar hanging on the wall.

As this leader, I thought my learning had come to an end, that I had obtained all the information there ever was to know. It turns out I was wrong.

To my surprise, I also learned from people like Graig Graziosi. Did you know that a cross between a lumberjack and Bigfoot could write an editorial? Neither did I. We’ll have to wait till next year to see if this beast can also run a newspaper.

And, I never knew that there was a fourth stage of Pikachu’s evolution, which goes by the name of Gachomp Fellows, until I met this year’s arts and entertainment editor.

Then, I learned about sports. Did you know that taking a sports photo without Dustin Livesay is a possibility? Neither did Dan Hiner.

And of course there’s Justin Wier, who taught me to never give up, even when I’m a decrepit old man.

But, perhaps I learned the most from the man who doubles as my boss and my best friend — Liam Bouquet. I can now confidently write a book on Celtic (pronounced like selltic) mythology, label a diagram of a bottlenose dolphin and fully enjoy the succulent taste of a well-prepared pork chop.

Thank you to everyone who contributed to my Jambar experience. But this newsroom is filled with losers; I’m pulling out of here to win!