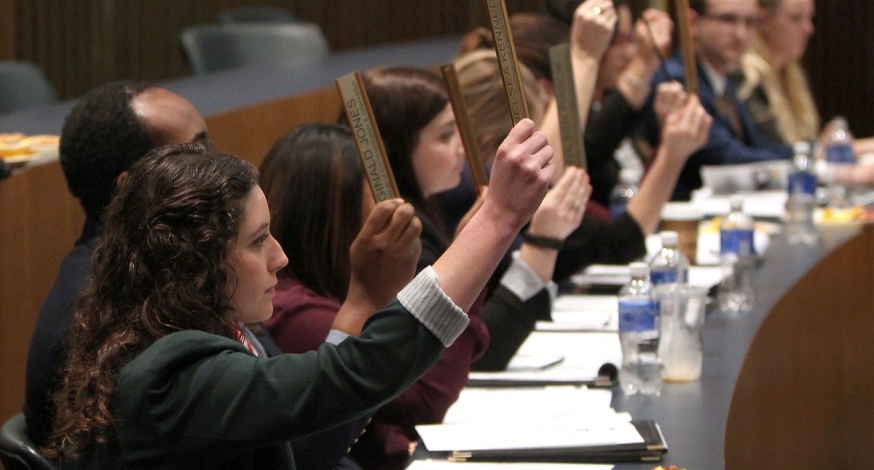 Kent State could be tobacco-free as of July 2017, banning the use of all tobacco products including electronic cigarettes and chewing tobacco.

Chelsea Kennedy, a senator on Kent State’s Student Government Association, drafted a tobacco-free campus resolution that was passed by SGA. The university will vote on the resolution in May. 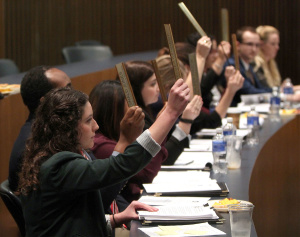 “Tobacco free focuses on the health and well being of everyone on campus where the smoke-free policy focuses more on the individual and secondhand smoke effects,” Kennedy said.

Kent State currently has a ban on smoking within 20 feet of buildings, but Kennedy said most students ignore the rule.

“It will take time to implement [a tobacco-free campus] and to be effective,” Kennedy said. “I mean, this is for students and employees, and there’s big implications.”

She said they would increase smoking cessation programs for students and employees, and those with health care could access nicotine patches and gum to help them quit. They also want to ramp up education efforts.

“Over 80 percent of people start an addiction before the age of 26,” Kennedy said. “I think tobacco industries are definitely focused on marketing to get [people like college students] to continue using tobacco for the rest of their lives, even if it means a shorter life.”

On March 15, they participated in 1Day Stand, a campaign to raise awareness about the harmful effects of tobacco use by adopting a tobacco-free policy for one day.

She compared the cultural change of people ceasing to smoke on campus to the movement for seat belts to be required in a car because people started learning about the hazards of not wearing them.

“Now … if you don’t wear your seatbelt, you’re criticized because everybody’s educated on how important seatbelts are, all cars have them,” Kennedy said. “I think that’s how a tobacco-free nation at this point will go. It’s going to take time, we know it’s not good for you, there’s other ways to cope. It’s just a culture change.”

Ron Cole, director of university communications at YSU, said the university currently lacks a campus-wide policy, but smoking is prohibited outside of limited and specific areas.

“One of the challenges with a campus-wide no smoking policy is enforcement — it’s very difficult, if not impossible,” Cole said. “I do know that the topic is always up for discussion, and it’s possible that the administration and eventually the [YSU] Board of Trustees could choose to revisit the policy at some point in the future.”

YSU currently forbids smoking in university-owned buildings and vehicles, outdoor areas where smoke may enter buildings and athletic events and concerts. However, many students smoke within a few feet of buildings, either oblivious to or not caring about the policy.

The university allows smoking in areas more than 50 feet away from buildings not specifically labeled as non-smoking. They also provide services to help students, faculty and staff who wish to stop smoking.

YSU student Sarah Morrissey-Custer said students who pay to go here should be allowed to smoke, vape and chew tobacco.

“Banning it is not going to be beneficial to the university, especially when they are trying to get their enrollment up,” Morrissey-Custer said. “It’s their choice on whether or not they want to [quit].”

But Morgan Sanner, another student, said he’s allergic to cigarette smoke, and he often encounters people smoking right outside of buildings such as the Lincoln Building.

“If people blow it in my face, I’ll have a migraine for the rest of the day,” Sanner said. “For the health and the safety of the students who don’t smoke, it’s better for them.”