Last week, The Guardian featured the bios of would-be astronauts who could be sent to the planet [Mars] in 2022.

Paul Römer, the billionaire businessman who created the once interesting and now unbelievably dull TV show “Big Brother,” is spearheading a new project to send regular non-astronaut folk to Mars.

Confirming that he is equal parts genius and maniacal sociopath, Römer told reporters that he envisions the Mars mission as a reality show and talent show with no ending.

But, unlike Big Brother contestants, these nobodies will most likely not return to earth to live vapid post-stardom lives. They will probably grow old and die up on the Red Planet. Returning to Earth in a human lifetime, he said, will likely be impossible.

So, let’s get this straight.

Human beings will be jettisoned into outer space to go live on a desolate planet, and the whole of the cable-subscribed world will get to see it happen.

But what a payoff! Thousands applied for this chance to make history.

Just imagine the sensation of looking at the Pale Blue Dot, knowing that your generation has not only conquered earth, but also this uninhabited region of space.

You are Arnold Schwarzenegger in “Total Recall.”

You are Fry and Bender attending Mars U.

You are Marvin the Martian.

It all reads like science fiction magic, doesn’t it? Manifest destiny times a billion.

But I’m not sold.

It’s never as good as the brochure. Boredom would set in pretty quickly with such a small selection of people.

Indeed, further into the story, you hit the paragraph about the inevitable mental illnesses that would plague the crew.

We’ve all seen it. We all know what happens when someone spends too long in space. They get all weird, don’t they?

Remember “Event Horizon”? Everyone went nuts and started eating their own arms. That doesn’t sound like much of an adventure to me. Not one that can sustain itself, anyway.

One of the hopefuls is a nice looking Australian lad. In his picture, he is holding a ukulele that he named “Amanda.”

“[Amanda] has travelled around the world and has never failed to lift my spirits or those around me,” he told The Guardian.

I reckon he’s in for a surprise.

Imagine what it would be like ten years into the mission. The thrill has worn off. You stare blankly from your Martian biopod across the desolate plains of the dead planet and onwards to the vastness of space.

It isn’t novel anymore. It’s just empty. You’re frightened and alone and useless against those elements. You will never see Youngstown again, or London, or your Mom.

As you contemplate the worst, almost embracing the fear and the utter hopelessness of it all, you hear it. Softly at first, but it’s there.

The out-of-tune ukulele. You’re trying to ignore it, but you can’t escape the jovial lilt, the Australian accent, singing something resembling Mumford and Sons.

That cheery, chirpy, cloying racket has been the soundtrack of this decaying existence for the past decade. He only knows seven songs, and you’ve heard them all.

You hated those songs at first, but after a few months of endless repetition and nothing else to do, you grew to love them. But now, you’re back to square one with a vengeance, because the memory of indifference is as distant and as dim as Earth is, and you find yourself becoming consumed with rage, because you can only hear a terrible rendition of “Little Lion Man” so many times before you have to make it stop.

You look down at your hands, and you realize they’re balled up into white-knuckled fists. He catches your glare, and gives you a smiley nod. All teeth. He doesn’t even know, does he?

“IT WAS YOUR HEART ON THE LINE!”

He mistakes the hatred in your eyes for being down in the dumps. So, just to cheer you up, he gives you a wink and a little giggle.

Everyone on earth, watching the 24-hour Mars One live feed, sees you lose it. You charge towards him. Viewers have been waiting years to see this happen. Years. It’s what they wanted to see all along, and boy, are you giving it to them.

They see his expression change from confusion to fear and then panic. They only see a few seconds of it before the network cuts transmission.

But they see enough. Fade to black.

Römer is right. It would make incredible TV. But when you’re the guy the other crew members eventually eject into outer space for fear of their own safety, you’re on the wrong end of the TV ratings war.

I still want to go to Mars, just not with the ukulele guy. Not with any of the “interesting” people slated for the literal trip of a lifetime.

I think I’ll just wait another couple of decades for Virgin Galactic. If I start saving now, I might even be able to afford to fly premium economy.

I’ll leave my guitar at home. 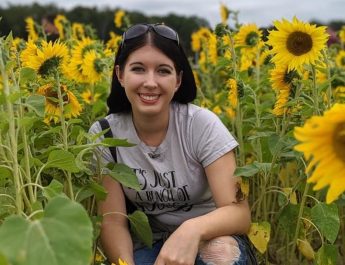