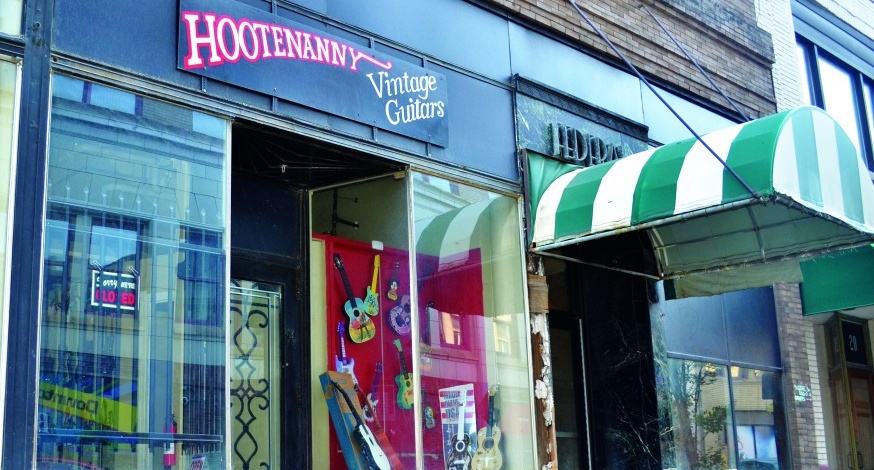 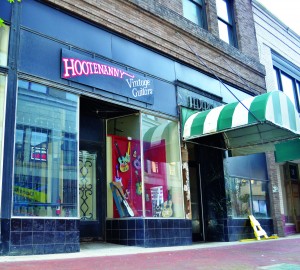 Tom Diggins has been an evolution and ecology professor at Youngstown State University since 2002, but his passion for vintage guitars long surpasses his teaching days.

“I’ve been into owning vintage guitars for a long time,” Diggins said.

Diggins has been fixing vintage guitars for over 20 years, and he describes it as a “slightly profitable hobby.”

Diggins learned the skill of repairing guitars by first taking care of his own. He scouts out guitars with potential and then returns them to their former glory.

Growing up in Buffalo, New York, Diggins played in a cover band with some of his high school friends. They covered tracks from the Rolling Stones, John Mellencamp and The Black Crowes. While in college, Diggins used his old connections to perform blues music once a week at different venues in the Buffalo area.

“I never cut a hit,” Diggins said. “I was totally just a working musician.”

His favorite music continues to be Blues and R&B, and he enjoys playing “anything in an open E.”

After his performing days were over, Diggins gathered up his old professional gear and amplifiers and sold them for about $4,000 as startup funds for his restoration business. Diggins says whenever he sells a guitar, he buys a new one and starts fixing it up.

As a professor at YSU, Diggins said that his favorite class to teach is Aquatic Biology: Streams and Lakes because he takes his students out in the field to work.

Diggins often brings his graduate students to his home state of New York to do field work in a different environment.

Some of Diggins’ favorite aspects of working at YSU are the strong biology department, the students and the location of the college — being right on top of downtown.

“There is never a bad class of students to teach,” Diggins said.

If his business expands, Diggins said he doesn’t plan on relocating the shop. He said he will just have to figure out how to fit more guitars into his current storefront.

Diggins also uses the website Gbase.com to sell his vintage guitars. The guitars are priced from $200 to $2,000 and come from companies such as Kay and Gibson.

Hootenanny’s Vintage Guitars storefront is open from 4 to 8 p.m. on Thursdays and Fridays and is located at 14 North Phelps St. in Youngstown.