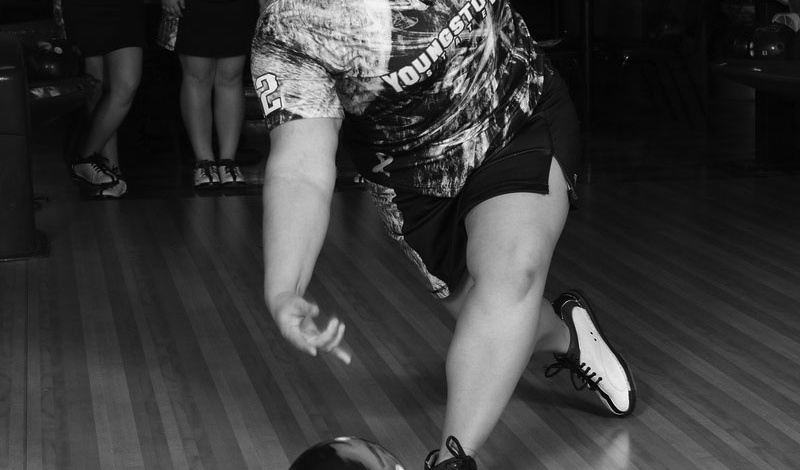 Last season was the first in program history but the Penguins’ performances earned national recognition. The women were ranked 23rd in the country during the season and finished the year ranked 25th. YSU head coach Chelsea Gilliam said that even she was surprised by her team’s performance.

“We always hoped that we would be that successful but you never really know,” Gilliam said. “Especially having such a young team with so many freshmen we just wanted to go out and be competitive. The fact that we could actually break into the top-25 was amazing.”

The Penguins will begin this season as the 24th-ranked team in the country and are returning seven of the eight bowlers from last season. With the addition of two talented freshmen, Gilliam expects even more out of her team this year.

“I have been telling everyone from day one that we set the bar high for ourselves,” she said. “Not only do I have expectations of us finishing even better and having more success than last year, the community does as well.”

With a national ranking comes more confidence but also pressure to perform well on a larger stage. The Penguins gained experience against some of the best teams in the country last season, but Gilliam is warning her team to respect the lesser talented teams they come up against.

“It’s going to help us because we will face them more and more this year and we know that we can compete with them,” she said. “We have to keep in mind that we can’t take the new programs or the unranked programs lightly because we were that team last year. We have to always bring our A-game.”

Gilliam added that she wants her team to finish higher in each tournament than it did last season and that it can break into the top 20 this season.

One of the returning athletes that played a major role on the team is sophomore Rachel Darrow. Darrow led the Penguins last year with a 190.59 pin average in team games and bowled 19 games over 200. She has been working this off-season on a part of her game that isn’t fixed on the bowling lane.

“There is always something you can improve on in practice but I have always struggled with the mental game,” Darrow said. “That is what I have been working on the most.”

Darrow also said that her goal for this season is to always finish in the top 10 during tournaments and for the team to finish higher in the national polls.

Freshman Emma Dockery went to Crestwood High School in Ravenna, Ohio, and is looking to make an immediate impact on the YSU team. She knew that Youngstown was the place for her from the very beginning.

“My recruiting process was funny because I came here first and I loved it,” Dockery said, “My dad made me give every school an equal opportunity, but everywhere I went, something didn’t feel right. I really fell in love with YSU and Chelsea [Gilliam] is awesome.”

After the Bud Whitman Memorial tournament this weekend, YSU will move on to the Brunswick Bearcat Open which is hosted by defending national champions McKendree University. Dockery said that she doesn’t expect the Penguins to be nervous about the competition.

“I don’t think there will be any added pressure,” Dockery said. “It’s just another game. Everybody is there to do the best they can and there’s no saying whether they will defend their title this year or not. We can’t get caught up in standings.”