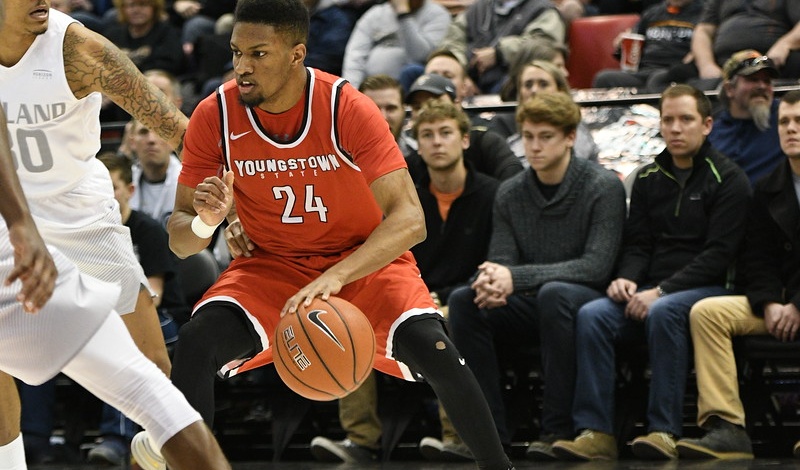 After a summer plus some parts of August and September of minimal practicing, the Youngstown State University men’s basketball program is finally going at it full strength. After the first practice and the first week, the Penguins look ready to go.

“The kids had a great attitude,” YSU head coach Jerrod Calhoun said. “It’s a dream come true so I knew I was going to be ready. The kids were anxiously waiting for this. I thought we had a great first day.”

Calhoun described the night before the first official practice as a Christmas Eve feeling.

“I think we’ve done a great job of getting everyone excited,” Calhoun said. “We’re just trying to change the culture. Not just from a standpoint of on the court. Obviously, our play style is way different from what these kids were used to.”

This season will be a high-flying season compared to any of the last 10 years under former head coach Jerry Slocum. Calhoun preaches moving the ball as quickly and efficiently as possible. 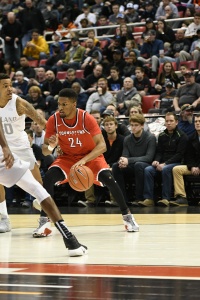 With just six returning players and just three impact returners, YSU has a lot to plug in for the next month.

“It’s going to take some time but I think this team can be a very dangerous team,” Calhoun said. “The way we play, not too many teams play the way we play. I’m not sure why because it’s a system that’s very hard to play against.”

Last season, YSU struggled with pace quite often. It seemed that players didn’t fit the system they were running. Now, Calhoun believes that it can all work.

“I love this style, and I think our kids are starting to love it as well. It’s gonna be fun to watch. I would encourage fans to give this team a shot,” Calhoun said.

Two of the returners were starting backcourt guards, Francisco Santiago and Cameron Morse. They were the only two players to average double-digit points with 11.6 and 22.9, respectively.

“They are great kids. Francisco’s family and I go way back with each other,” he said. “I got a chance to meet Cam’s father. They are just great kids and this team is fun to be around. Our guys are flying around with a lot of energy,” Calhoun said.

Calhoun said that when playing basketball it’s important to have fun because life is too short to not have fun.

Part of playing well is winning at home and with just 11 home games, that will be tough.

“We try to play really hard and play really smart,” he said. “Jacob Brown, Michael Akuchie, Naz Bohannon and Garrett Covington will all play some big minutes for us. Tyree Robinson has been the best so far. He’s a special athlete and will be a fan favorite. He’s a high flyer and has stayed consistent. Those guys will be important on top of ‘Cisco and Cam.”