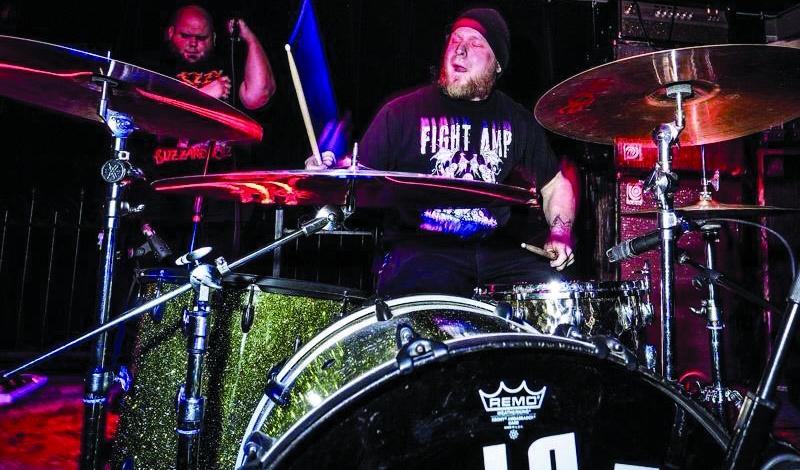 Heavy sounds will reverberate through the ears of those at Cedars West End this Saturday evening and ring for days to come.

Lo-Pan takes its name from the supernatural villain from the action cult film, “Big Trouble in Little China.” The group has been together for nearly a decade and has made large bounds in the scene, opening for noteworthy acts such as High on Fire, Weedeater, KENmode, Whores, Fu Manchu and Torche.

Lo-Pan released its third full-length album, “Colossus,” in October of last year. Saturday’s show is a precursor to a Midwest tour Lo-Pan will be taking beginning March 12 in Detroit.

Kenneth Halbert III is the drummer and a vocalist for space doom metal band, CVTTVNMVVTH. Halbert has also played in other bands, such as Youngstown Batt Lion and Kill the Hippies.

“Lo-Pan has been doing Lo-Pan for a while, and we respect them a lot,” Halbert said.

CVTTVNMVVTH was originally formed at a junkyard in New Springfield in 1993. Shortly after, the band took a hiatus lasting 18 years.

“We decided to start playing again because we were bored,” Halbert said.

“We like to keep things simple and nasty,” Halbert said. “All these years later, we realized we were still interested in those types of bands.”

CVTTVNMVVTH will be the opening act for Saturday’s event.

“This is a legit musical happening in the Youngstown area, featuring an internationally known band, two heavy and sweet support bands and it’s at Cedars,” Halbert said. “So you have that. You have a cheap cover, Pete Drivere doing sound, cheap drinks — shame on anyone who complains there’s never anything to do, yet chooses to stay home that night and play Xbox.”

Joe Sinkovich is the lead vocalist for Resinaut. He is heavily embedded in the Youngstown music scene, running the Supporting Your Local Music page on Facebook.

“We played with CVTTVNMVVTH at Cedars a few months ago, and are really looking forward to playing with them and the mighty Lo-Pan this Saturday,” Sinkovich said.

Resinaut was conceived this past July when Sinkovich and guitarist Matt Servenack’s bands both broke up on the same day. Sinkovich said their first practice was a success, and Resinaut has not stopped playing since.

Resinaut plays in a stoner/sludge metal style, accompanied by, as Sinkovich described it, vocals that are a little different for the genre.

“Cedars is a great venue with a real nice sound system and cool atmosphere,” Sinkpovich said.

Despite Resinaut’s short existence, the members have high hopes for the future of the band.

“As far as what is next, who knows?” Sinkovich said. “More awesome, I’m sure.”

Cedars West End is located at 706 Steel Street in Youngstown. Doors open at 9 p.m. and the show begins at 10 pm. Admission is $5.

“We urge everyone to come out, and will do our best to barf stars on your heads,” Halbert said.