The Youngstown State University football team is just four months removed from the 2019 campaign, a season in which it went 6-6 and missed the playoffs for the third consecutive year.

Attendance has been an issue for the Penguins football team for the last several seasons. According to ysusports.com, Stambaugh Stadium has a maximum seating capacity of 20,630 as of 1997, and the average attendance for home games last season barely reached above 12,000.

Austin Snodgrass is the manager of athletic ticket sales at YSU. Although YSU student tickets are free, he said student attendance has also lacked.

“YSU still kind of has the perception of a commuter school, so a lot of kids are still driving in everyday for class,” Snodgrass said. “That is a struggle that we have because we are trying to get the kids to come back, but I think you are seeing that turn a little bit as you see new apartments and dorms being built around campus.”

Coming off another season in which attendance has declined, the university’s athletic department has been working to find ways to attract more fans on Saturday afternoons at Stambaugh Stadium.

In the past, Snodgrass said, the athletic department has done promotional giveaways such as plastic stadium cups, keychains, magnetic schedules and phone wallets.

Rick Love, associate director of athletics, said that student support is key in terms of gaining more excitement around the program, especially having close to 4,000 students living on campus.

“It shouldn’t matter who the players are or who the coach is. Ultimately, at the end of the day, you want to support Youngstown State University,” said Love. “Win, lose or draw, you should want to come out to support these kids because they work hard to represent the area the best way that they can.”

Love hopes that having new head coach Doug Phillips at the helm attracts excitement for the program.

The Penguins are scheduled to begin the 2020 campaign at the University of Akron on Sept. 5. Kickoff time will soon be announced. The home opener at Stambaugh Stadium is set for Sept. 12, when the Penguins will host Duquesne University. 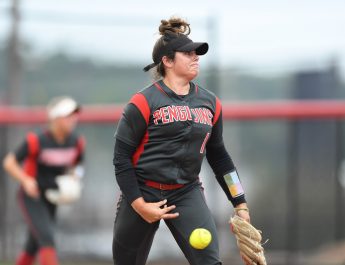