While the snow continues to swirl throughout the campus of Youngstown State University, many students long for a summer’s day on the golf course. While summer is still so far away, the Penguins women’s golf team is already out on the fairways.

The Penguins began its spring season on March 5, coming in second place overall at the Motor City Cup tournament in Florida. In the first two rounds, the Penguins knocked off the University of Illinois-Chicago and Indiana University-Purdue University Indianapolis to advance to the championship round.

After a tie with Oakland University, YSU fell due to a 9-8 tiebreaker in favor of the Golden Grizzlies. Despite being so close, Nate Miklos, coach of the Penguins, has a lot to look forward to with his young team.

“We played pretty well overall for our first event of the spring,” Miklos said. “It was a great opportunity for our players to get a little more familiar with the golf course we’ll play at conference. We put ourselves in position [to win] and we competed pretty well in all three matches and just lost a very close one at the end.”

Miklos, now in his sixth leading the Penguins, took four freshman to the opening tournament. While all six Penguins won individual matches, the freshman led the way for the team as Rattika Sittigool went 3-0, Jenna Vivo 2-0-1, Victoria Grans 2-1 and Puthita Khuanrudee went 2-1.

Coming into the spring season, the Penguins were ranked in first place in the Horizon League tournament bracket. Naturally, with a high seeding comes high expectations, but there are still some loose ends to tie up.

“It’s a nice honor,” Miklos said. “It reflects how we played throughout the fall season and we had a very good fall season, but at the end of the day that’s all it is. We know we have a lot of work to do between now and the end of the spring to be where we want to be.”

The Penguins will play four more tournaments between now and the Horizon League Golf Championship, set to begin on April 21. Youngstown will host one of the tournaments on April 13 at the Youngstown Country Club, for the YSU Spring Invitational, a one-day event.

South Carolina is slated next for the Penguins, as the team will bus down for the Edwin Watts Kiawah Island Classic beginning on Feb. 24. Coach Miklos said the lineup for YSU will include senior Shutt, and freshmen Vivo, Sittigool, Grans and Khuanrudee.

According to Shutt, one of only two seniors for the Penguins, this will be another great chance for this young team to prove themselves while growing as a team.

“It’s a big learning curve for them because they were just thrown right into it. A lot of them learned on their own and it was cool to see from the outside,” Shutt said. “The goal right now is to do what we can, do what’s within our control, grow as a team and become closer, so when that victory comes at the end of the year it’s that much sweeter and we can enjoy it with everybody.”

YSU will hit the road Feb. 23 before arriving in Kiawah Island, South Carolina, on Feb. 24 to begin the Edwin Watts tournament. The Penguins then fly back to Youngstown in preparation for the Benbow Collegiate Tournament in Jacksonville, Florida, on March 11. 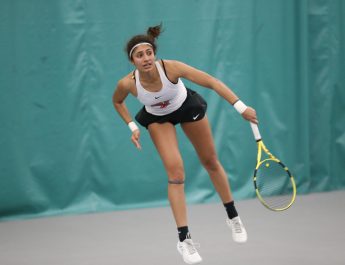 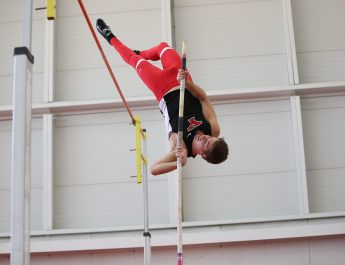 Vaulting Into the Medical Field 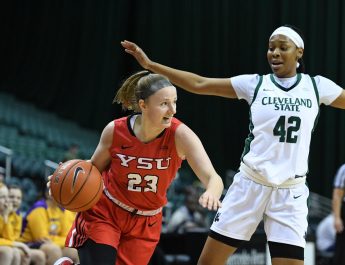 Women’s Basketball Back at Beeghly