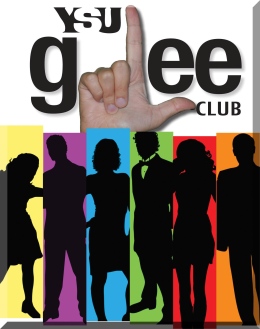 Matt Malloy, a freshman majoring in musical theater, was watching clips of “The Sing-Off” on YouTube when he was inspired to begin the Youngstown State University Glee Club.

To generate a buzz and see if anyone was interested in joining, Malloy created a Facebook page for the YSU Glee Club.

The Facebook page received positive feedback and plenty of comments from its 62 members.

“People kept expressing how much they wanted the club to happen, and it’s always something that I’ve wanted. I decided to take the initiative to just start it up,” Malloy said.

Group officers consist of Malloy, the club’s president, and Allyson Pollice and Crystal Galliford, its executive vice presidents. The three are trying to secure the recital hall in Bliss Hall or one of the larger classrooms for practices.

“I’m super excited about the new Glee Club. To be honest, I’m a huge Gleek,” said sophomore Edward Lammerding, who saw the Glee Club site on his Facebook early in the week.

Malloy completed the usual paperwork at the university to make Glee Club an official organization at YSU, though the group was created for recreation rather than competition.

“Competing is something that would be great to work toward in the future,” Malloy said.

The club’s performances will be focused mainly around contemporary music.

“It’s going to combine the different worlds of students. The talent pool is large and should be pretty diverse. There are even non-music majors that are joining,” Steeb said.

The club will give students who have a passion for performing a new outlet in which to exercise their talents.